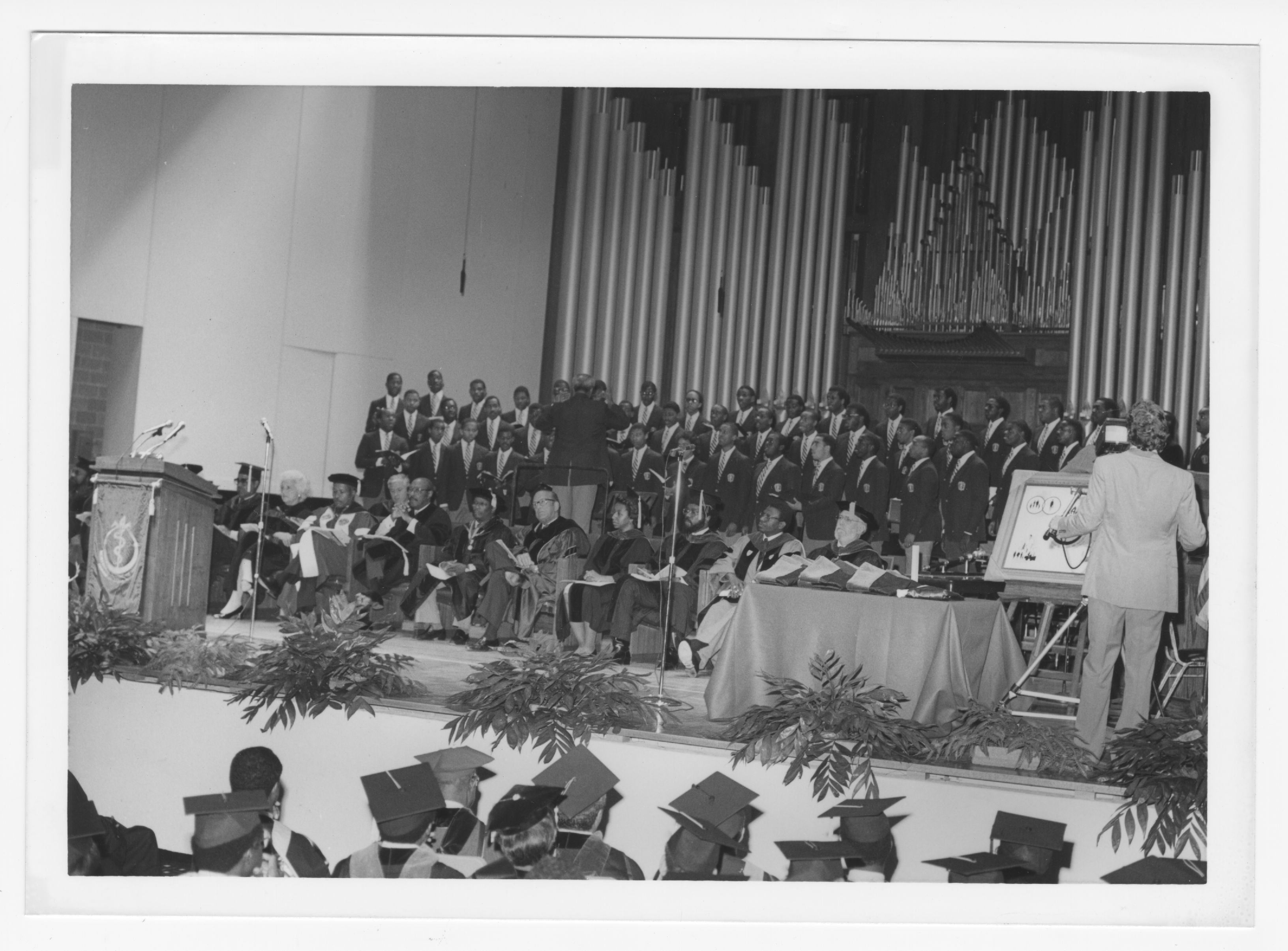 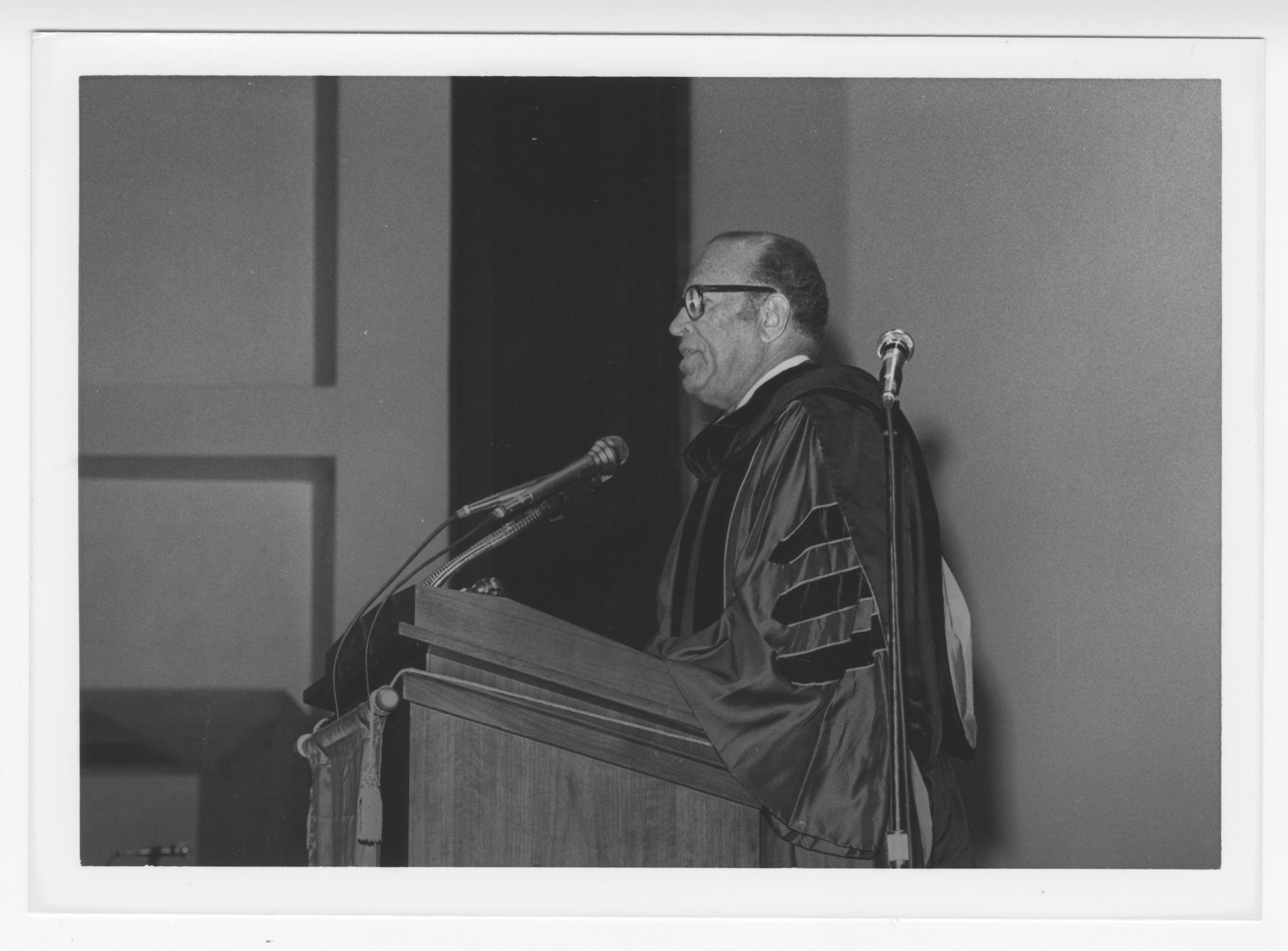 The Morehouse School of Medicine was founded in 1975 as the Medical Education Program at Morehouse College by then-president, Dr. Hugh M. Gloster. The school was independently chartered in 1981 and the school held its first commencement in 1985 with 20 graduates receiving medical doctorates. 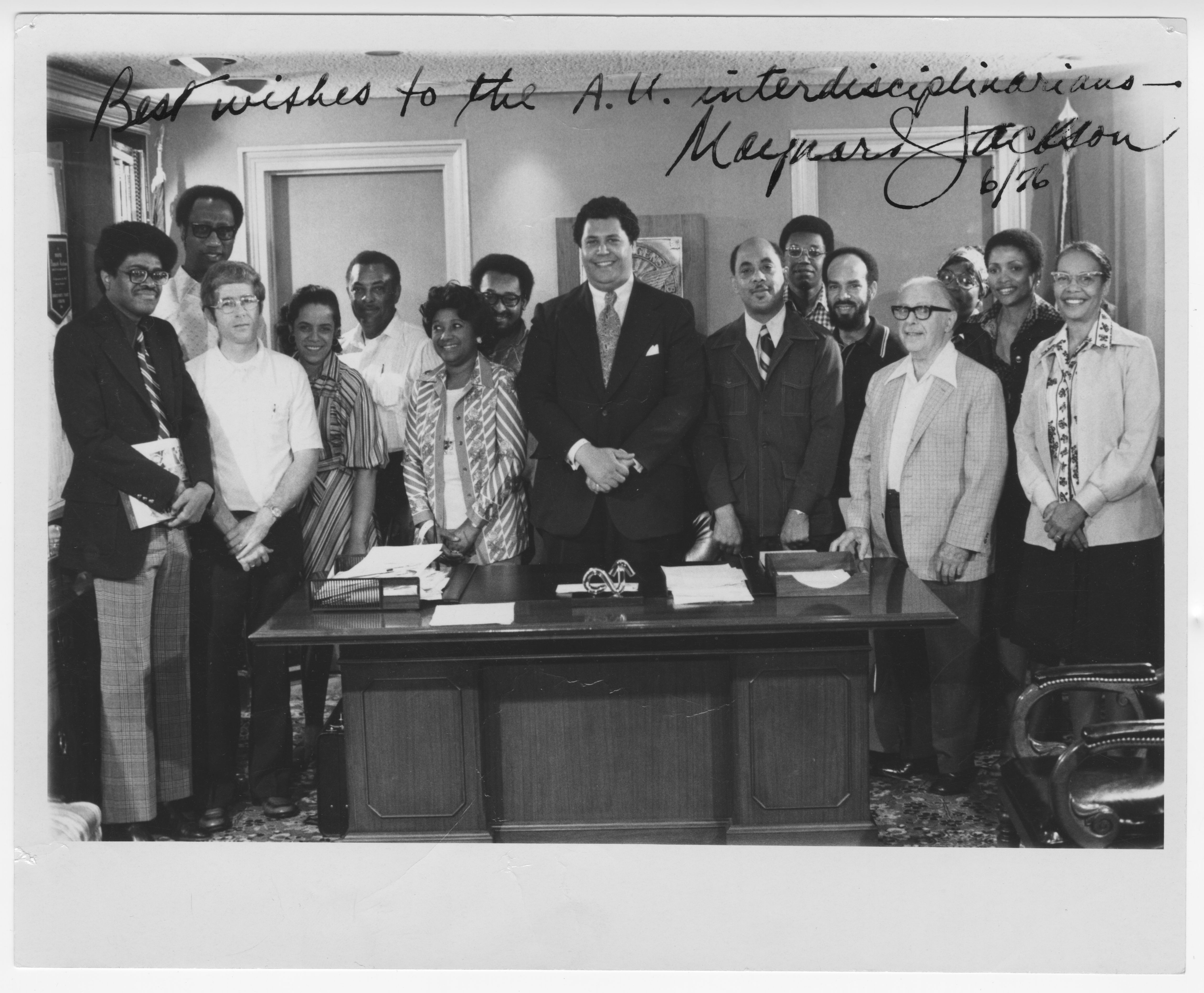 Dr. William Pickens directed Morehouse College’s Interdisciplinary Humanities Program (Mirror Grant Project) in the early 1970s. The Mirror Grant Project was a program designed to teach freshmen and sophomores interdisciplinary mini-courses called “mirrors”. These “mirrors” were half a semester in length and provided a humanistic thrust in learning and communication skills. 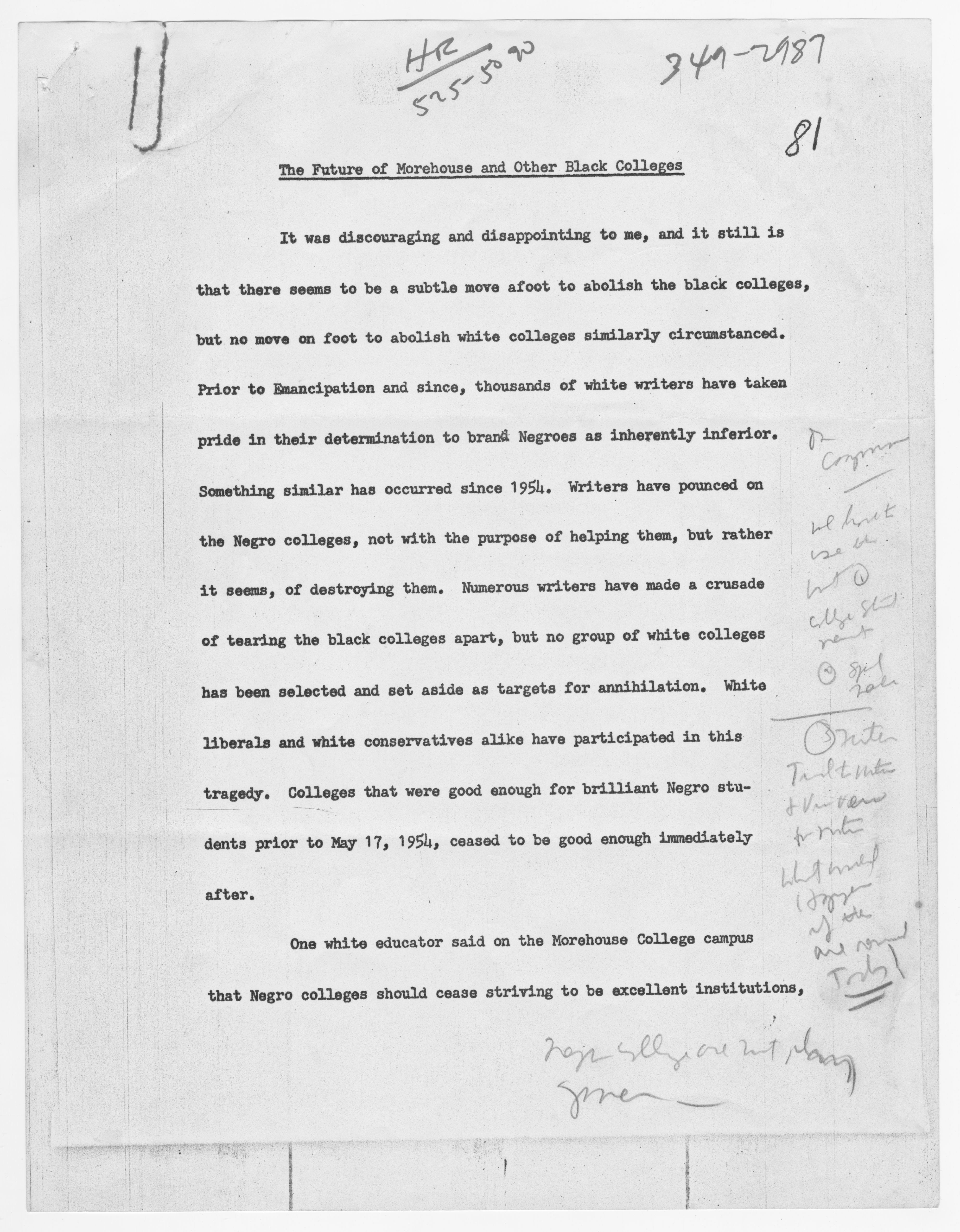 Dr. Mays wrote this statement for inclusion in the Morehouse College chapter of his autobiography. He sent it to Dr. Vivian W. Henderson, then president of Clark College, for his opinion on the statement. In it, Mays discusses the possible phasing out of black colleges and the need for support in order for them to have a future. 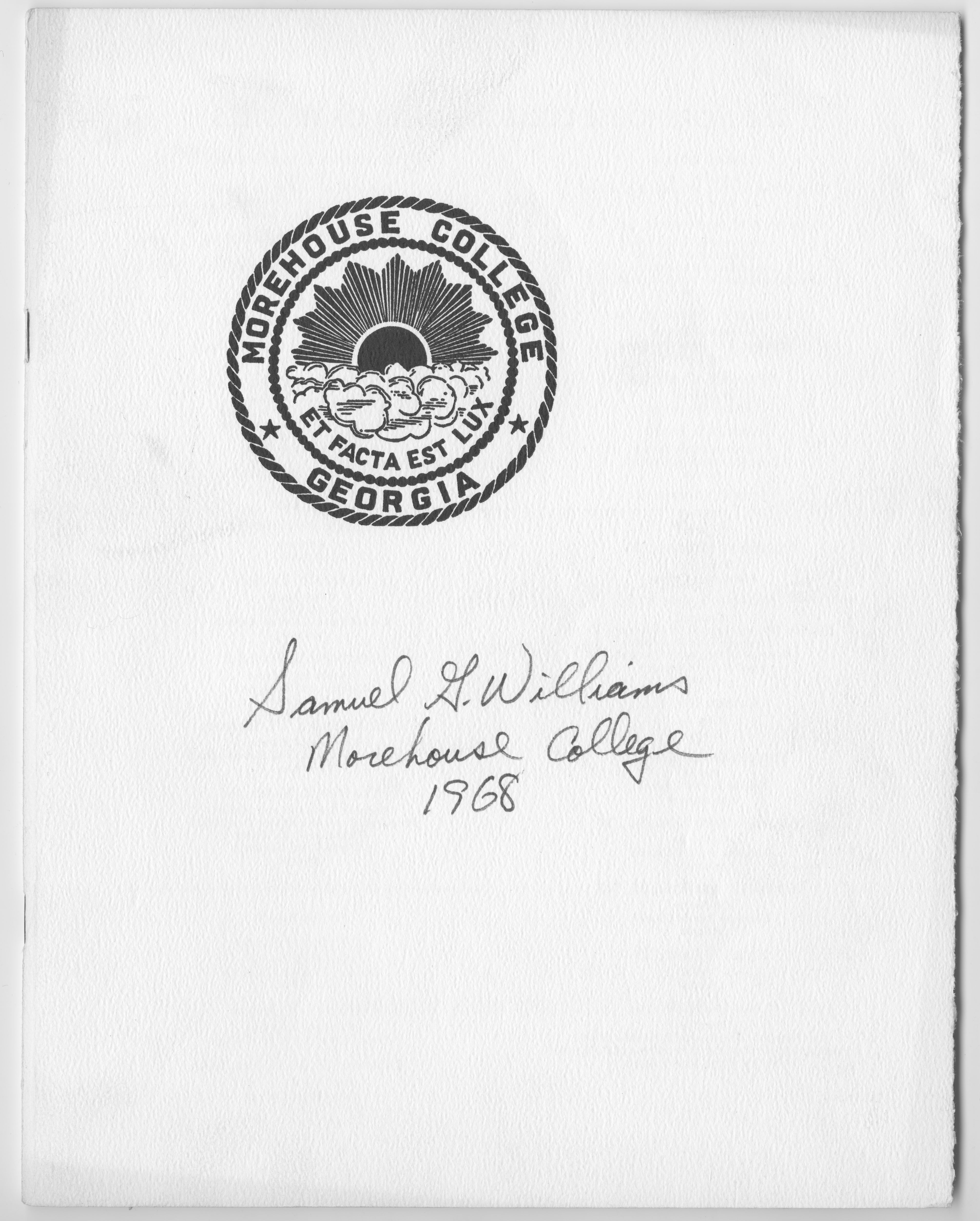 Dr. Hugh Morris Gloster, Class of 1931, was the first alumnus president of Morehouse College. He served as president of Morehouse from 1967 to 1987. During his time, the college conducted a successful $20 million fund-raising campaign and added 12 buildings to the campus such as the B.T. Harvey Stadium and the Martin Luther King Jr. International Chapel. The College also established a dual-degree program in engineering with Georgia Institute of Technology, University of Michigan and Boston University. 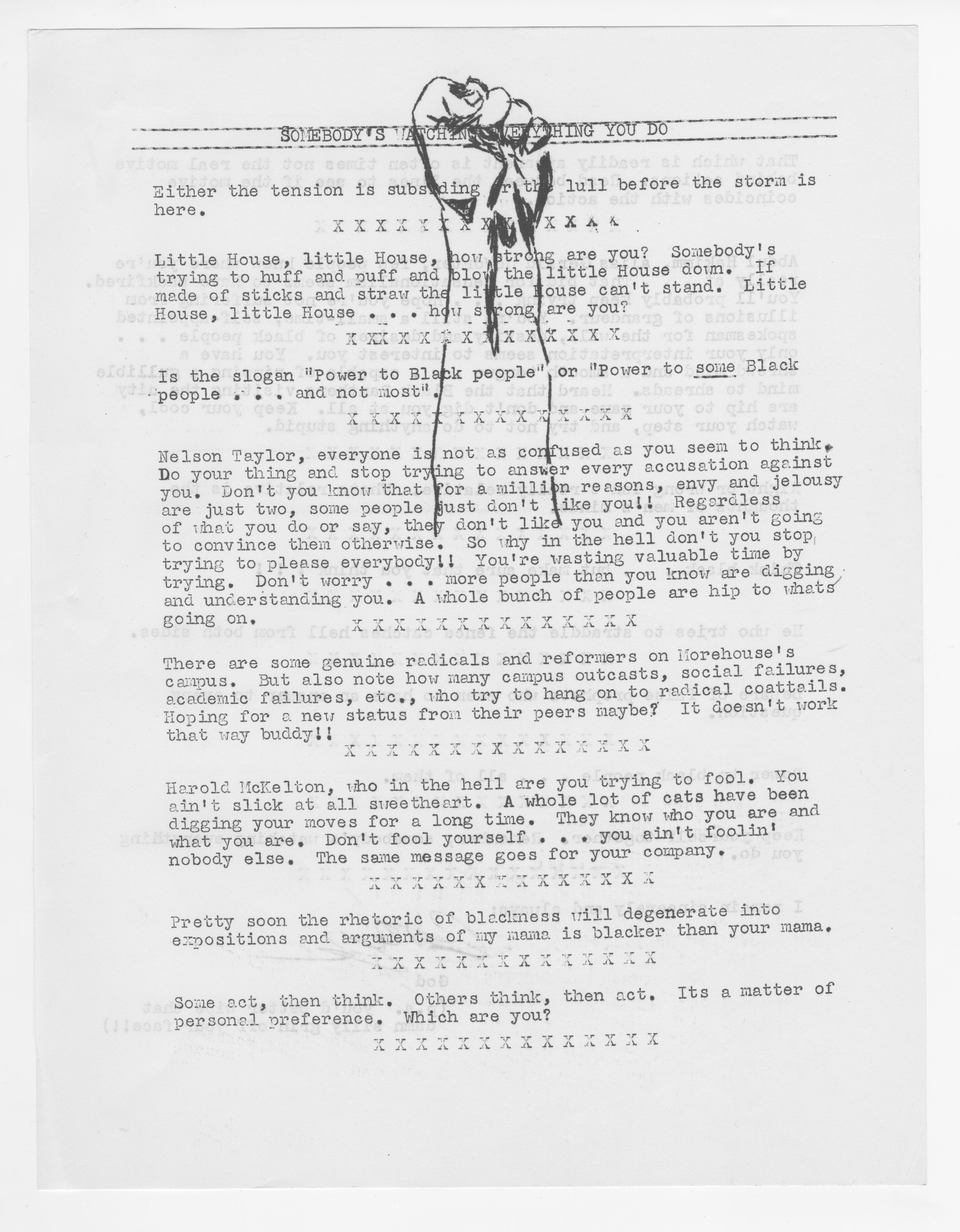 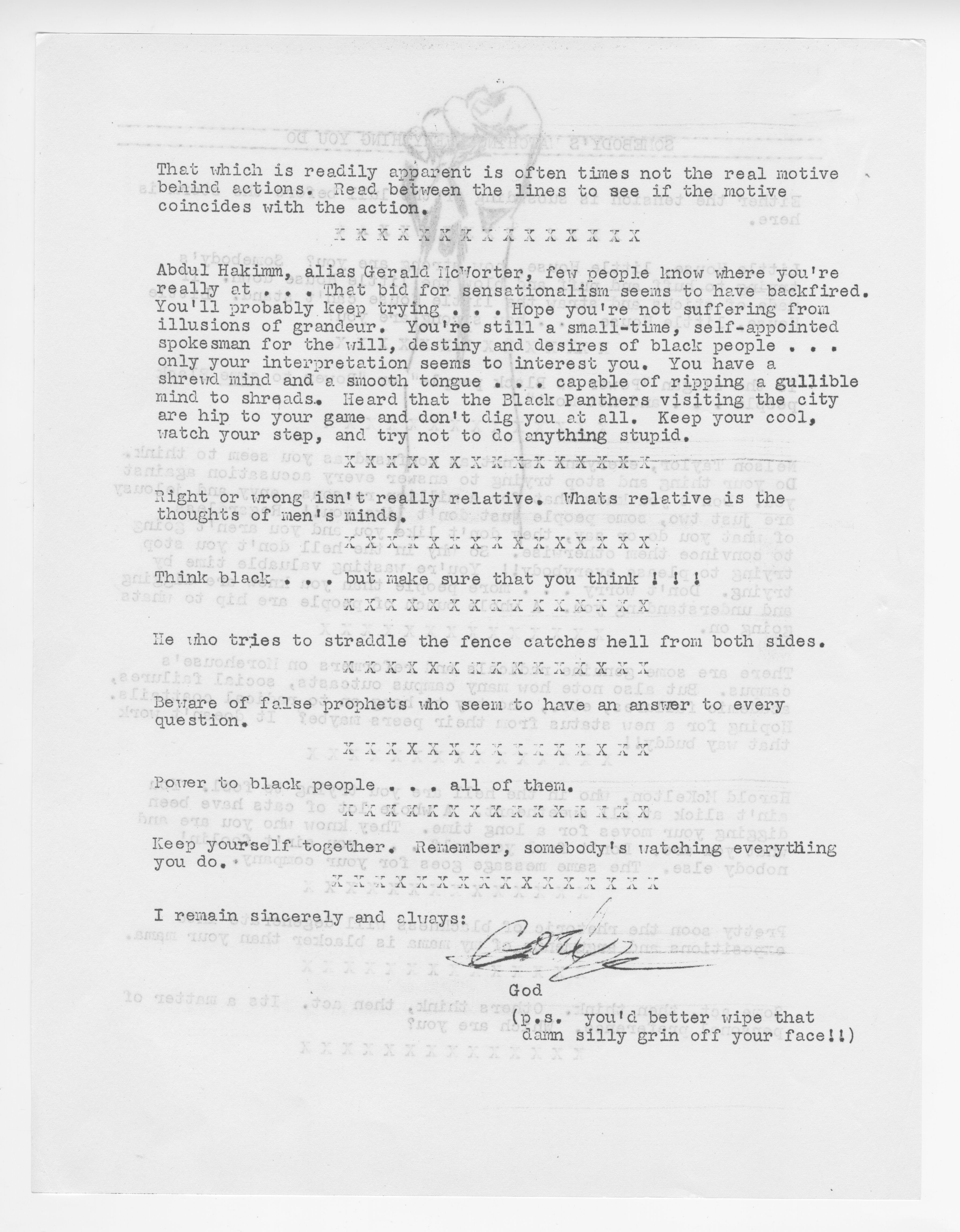 Concerned students and faculty of Morehouse and the other Atlanta University Center institutions met to discuss steps toward improving the consortium. The students had multiple concerns; they believed the majority of Board of Trustees members controlling Black institutions should be Black, and that there should be more course offerings and a better black studies curriculum. These meetings and the events that followed resulted in the student-faculty takeover of a Morehouse Board of Trustees meeting in 1969. The protest led to a new African American Studies program for the College. 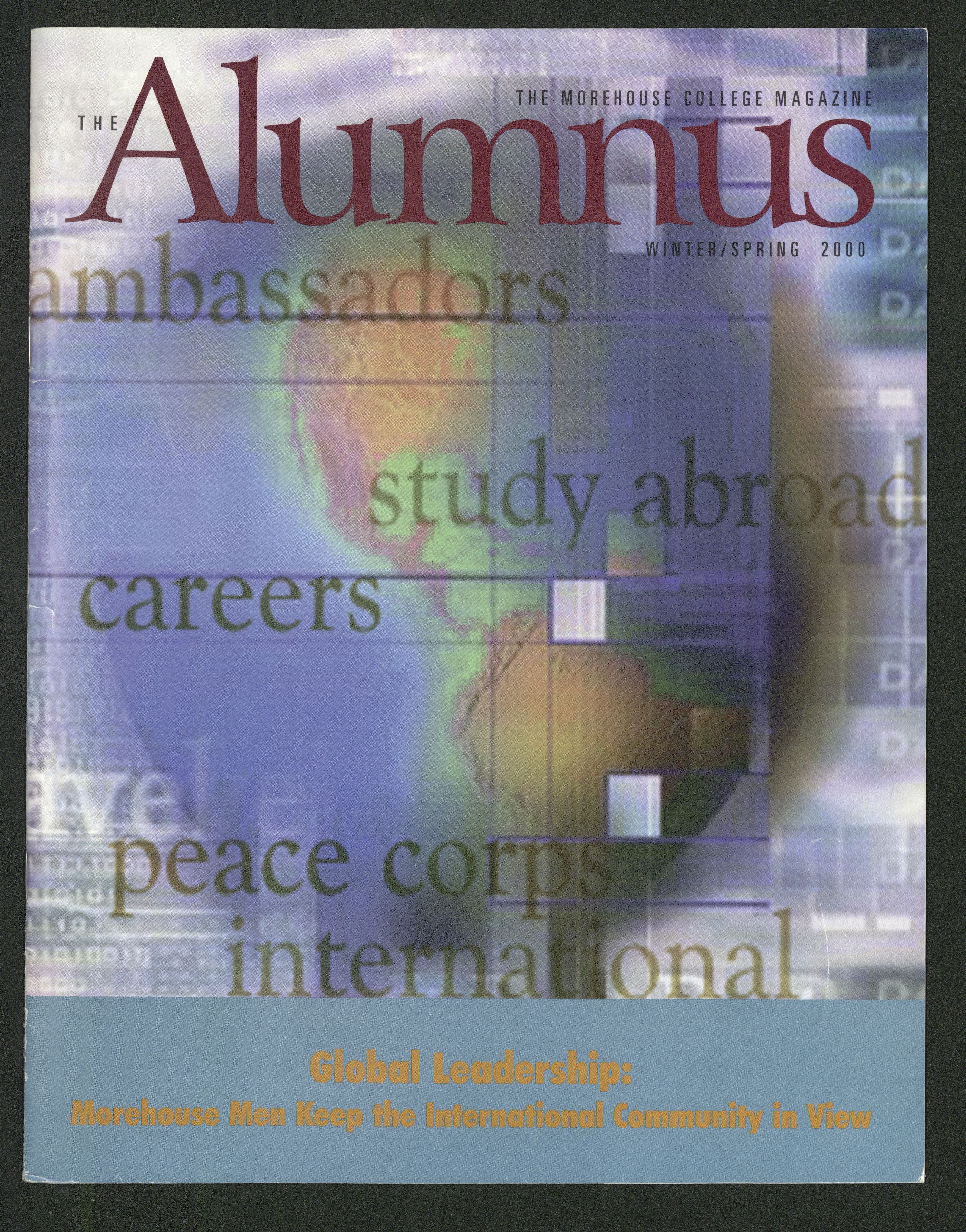 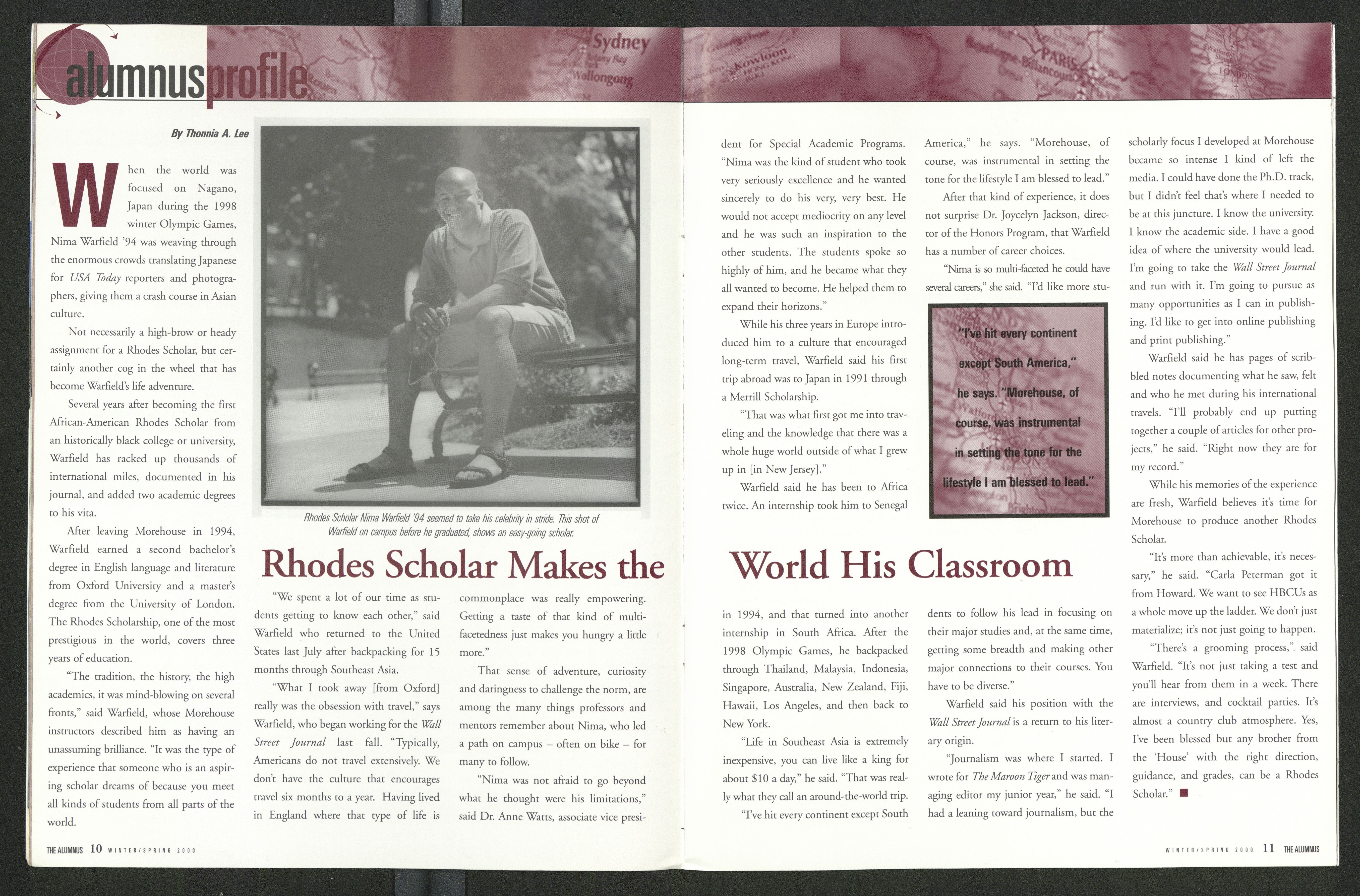 Former president of Morehouse, Dr. Walter E. Massey, urged students to think of Morehouse on a global scale. In his introductory message, he states that “throughout its proud history, Morehouse College has produced thousands of outstanding leaders…whose contributions have been felt, not just in this country, but around the world.” This issue of Morehouse College’s alumni magazine includes sections on study abroad and its impact on students, international business careers, alumni as ambassadors in the Foreign Service, and a profile on Nima Warfield, Morehouse’s first Rhodes Scholar. 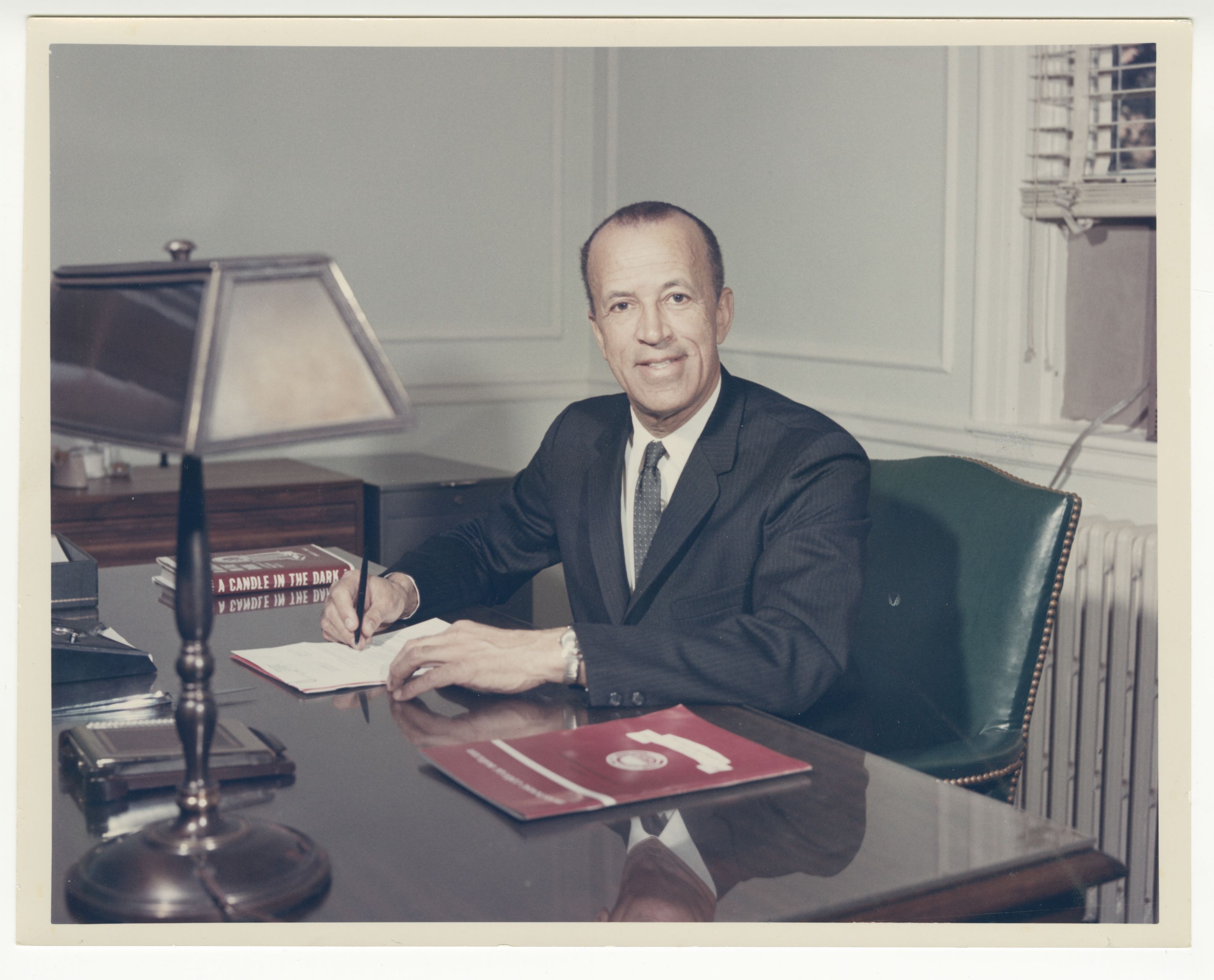 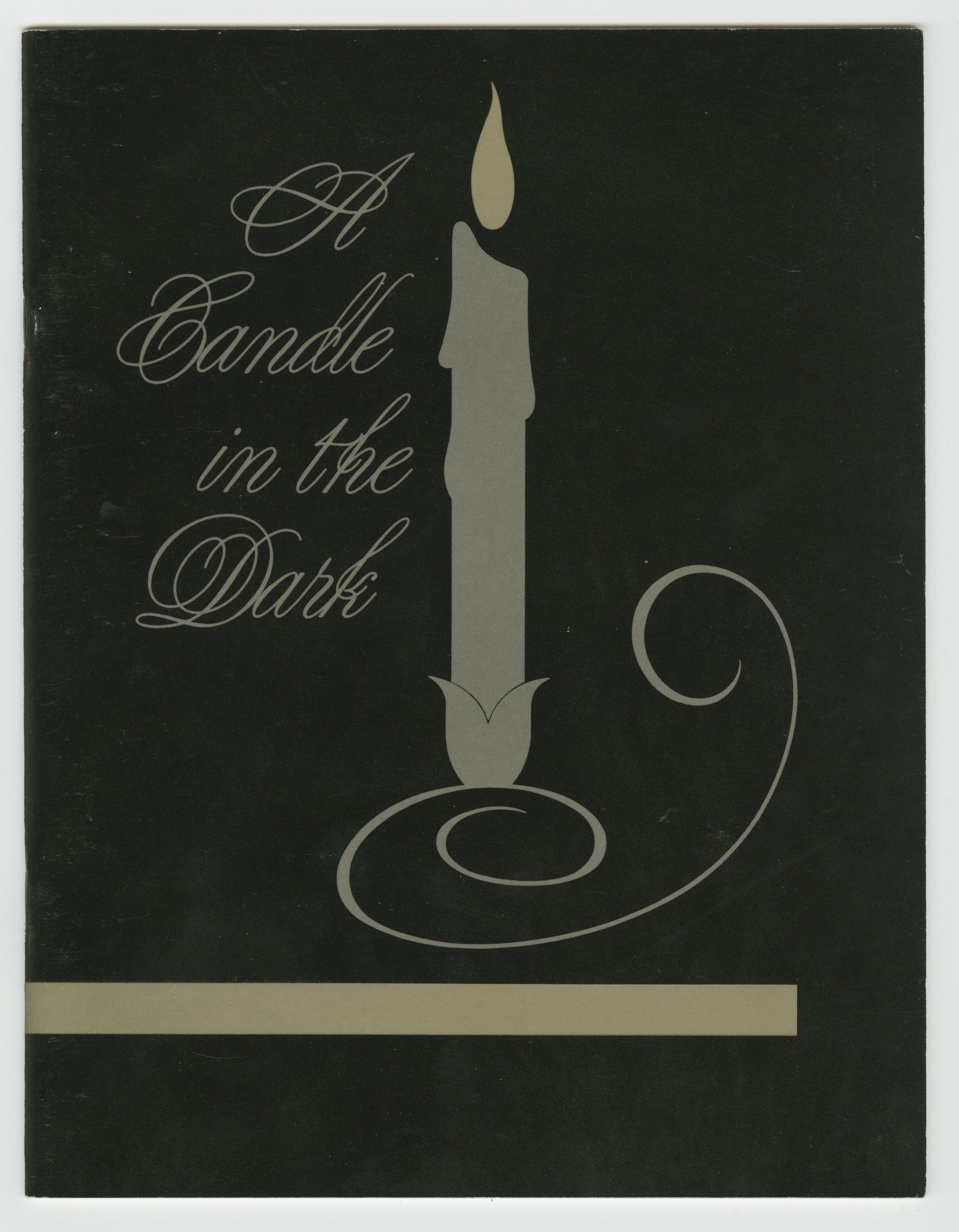 “A Candle in the Dark” is Morehouse College’s annual awards ceremony held during the school’s anniversary. The first annual Bennie and Candle Awards Ceremony was held in 1989.

In this brochure, Morehouse College states they seek to focus on greatness in their students in the 21st Century. It features prominent alumni of the college such as Dr. Martin Luther King, Jr., Samuel L. Jackson, Dr. Howard W. Thurman, Spike Lee, Edwin Moses, and Maynard Jackson. The inside of the brochure asks prospective donors to “imagine if you created greatness.” 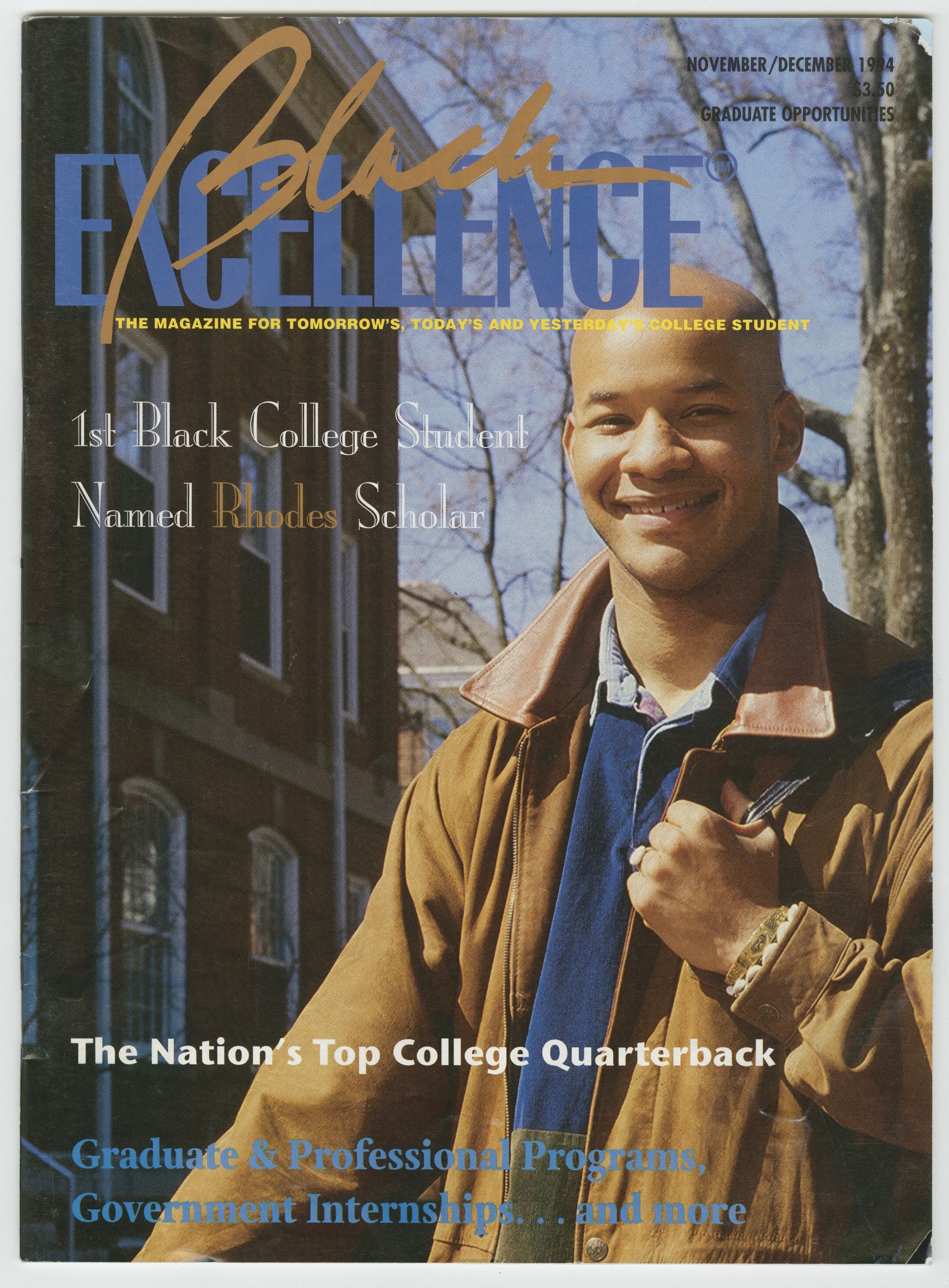 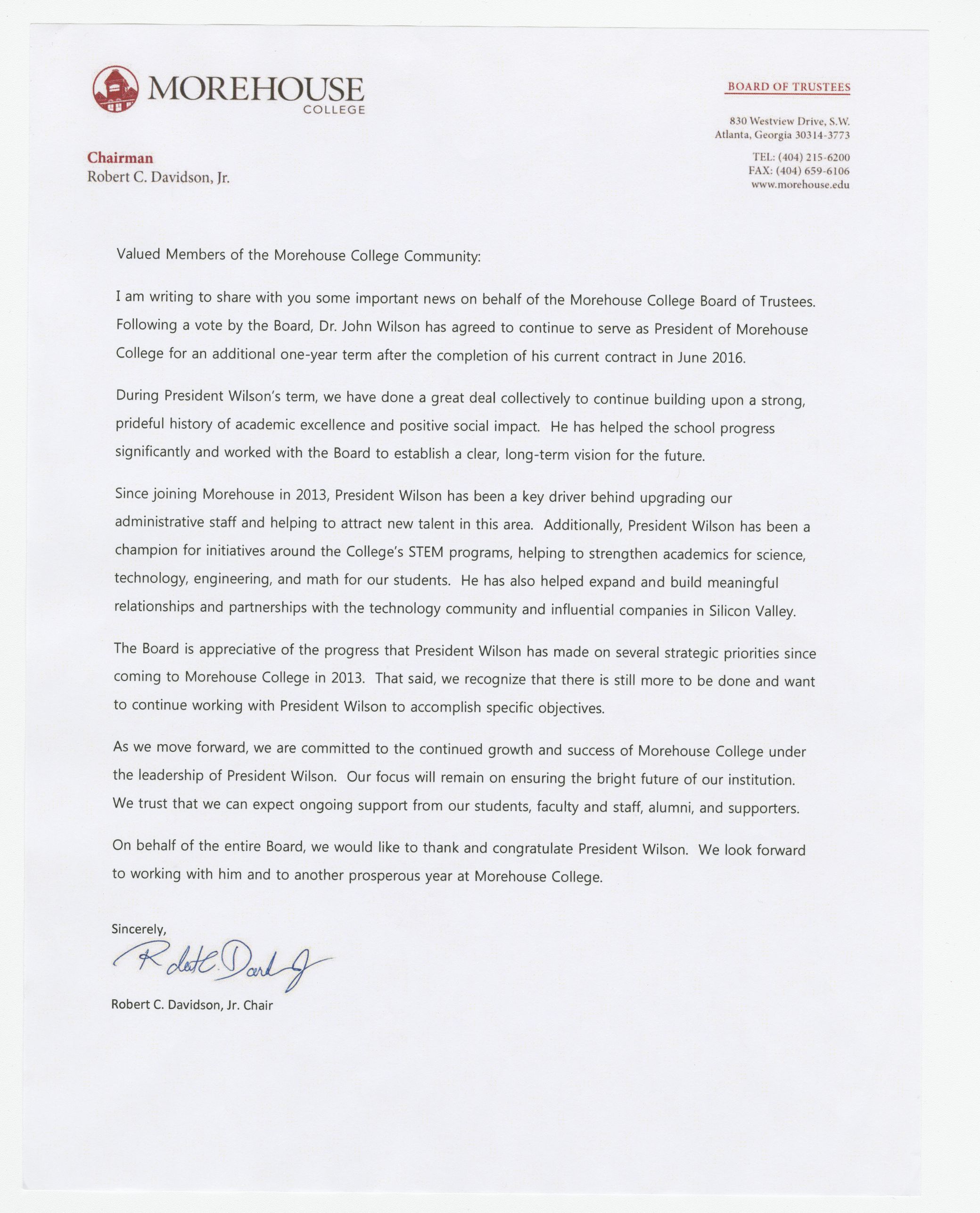 This letter announces Dr. John Silvanus Wilson, Jr.’s continuation to serve as president of Morehouse College for an additional year. He became president in 2013. Prior to this position, Dr. Wilson was appointed by President Obama to serve as the executive director of the White House Initiative on Historically Black Colleges and Universities. Since becoming president, Dr. Wilson has been a champion for STEM programs at the college, and has helped to develop meaningful relationships with the technology community and influential companies in Silicon Valley. 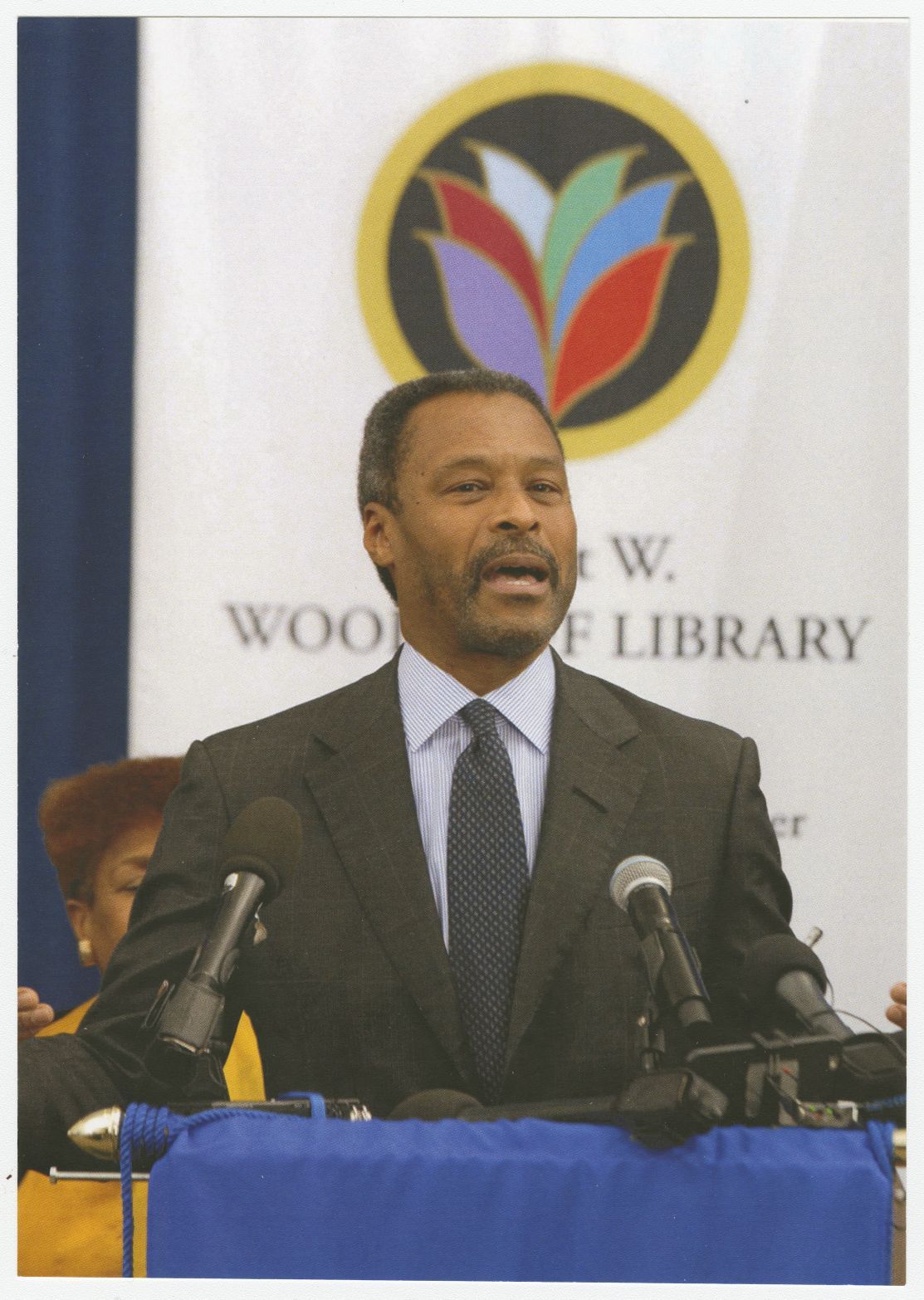