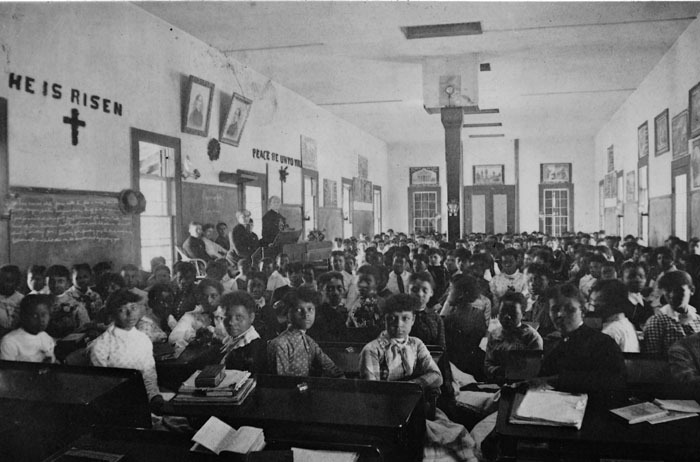 "If it had not been for your kindness [my daughter] could not receive the education that she is getting for I would have never been able to give it to her." Binah Stuart in a letter to President Bumstead of Atlanta University from 1888 to 1907, expressed her gratitude for the financial assistance given her daughter, Hannah Margaret.  Most Black families were unable to pay the full cost, however modest, of attending school.  They pleaded for aid or lower costs, and negotiated for deferred payments.  The number of students who received such help was substantial, as evidenced by the correspondence between school officials and parents or prospective students.  In 1889, Lena M. Felton, of Marshallville, Georgia, wrote,

President Bumstead wrote in the upper left hand corner of her letter what was to be his reply, "Yes, [$]5.00." And another family would realize its hope for the education of its child. 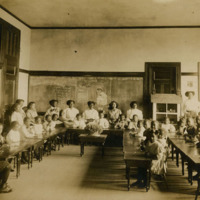 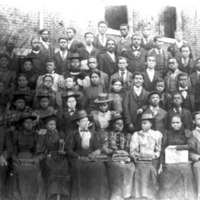 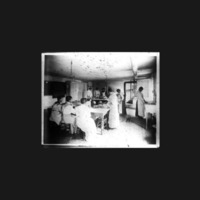 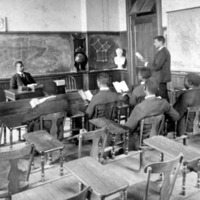 Families recognized that the schools of the Center were unique facilities that provided an education their children could obtain nowhere else.  The schools offered instruction at all levels and in a variety of fields, from literacy to teacher training and theology.  Since education had been prohibited during slavery, the schools were initially compelled to offer rudimentary instruction.  A major catalyst for the education of Blacks after emancipation was the increasing demand for Black teachers to staff the schools established by the Freedmen's Bureau from 1865 to 1870.  All AUC schools established primary departments, which combined academic and industrial courses. By 1910, only 6% of the students enrolled in Center schools were at the college level, the remainder having been divided evenly between elementary and secondary classes.  Since the Atlanta public school system in the late nineteenth and early twentieth centuries made no provisions for Blacks beyond the elementary grades, these private institutions were the only opportunities for Blacks in Atlanta and other areas of the state to obtain a high school education.  These institutions made Atlanta a regional, and eventually a national center for Black higher education. 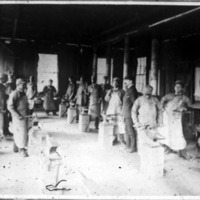 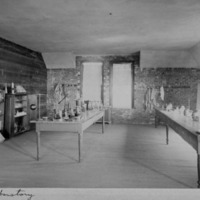 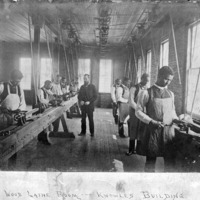 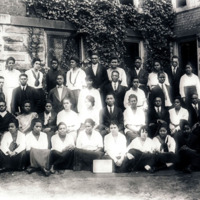 Liberal arts courses, industrial training, and religious instruction characterized the early curricula of AUC schools.  Preparing teachers and providing an educated ministry assumed high priority, as did manual training.  The college departments offered English, math, chemistry, history, Latin, Greek, and other physical and social sciences.  Secondary courses in preparation for college or for teaching usually included Bible instruction, music, woodworking, and agriculture, in addition to basic courses in reading, arithmetic, and history.  The founding of Augusta Institute (later Morehouse) reflected the priority of religious training, as did the establishment of theology departments, and later in 1886 and 1900 the founding, respectively, of Gammon at Clark, and Turner at Morris Brown. 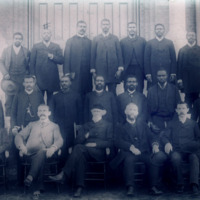 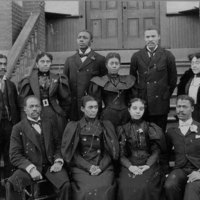 Faculty, Morris Brown, c. 1900; the only AUC faculty that was all-Black during early years. 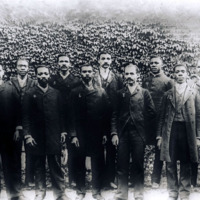 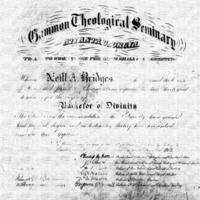 The Freedman's Aid Society and the John Slater Fund, which was one of the northern philanthropies that helped finance Black education in the South, strongly supported the growth of industrial education.  The industrial courses of AUC schools included woodworking, metalworking, shoemaking, blacksmithing, carpentry, carriage-making, and agriculture for men.  Printing was available for both sexes.  The construction of Knowles Industrial Building in 1884 at Atlanta University demonstrated the expansion of industrial education that characterized Black school development throughout the South during the late nineteenth century. 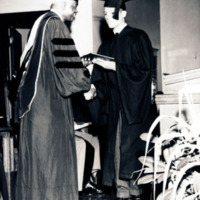 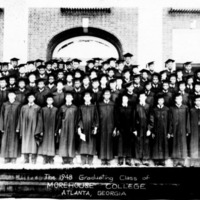 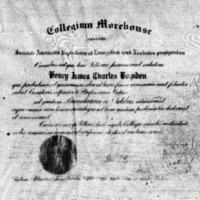 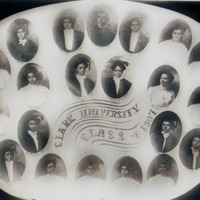 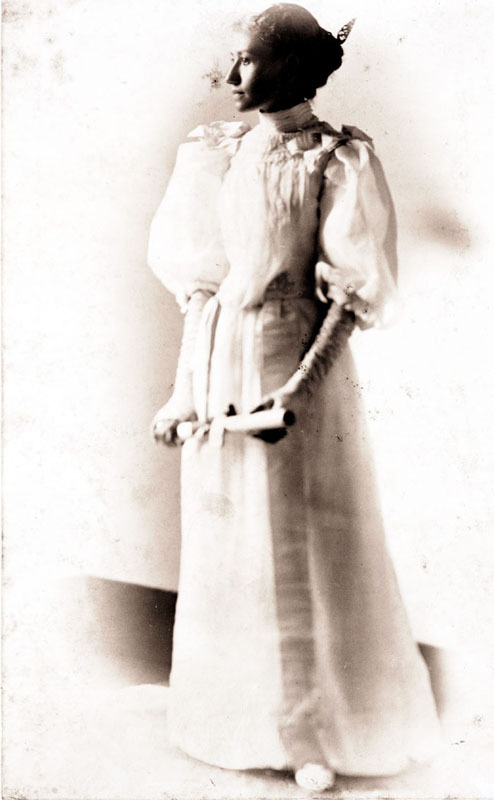 Spelman was founded specifically to education Black females, but Clark, Atlanta University, and Morris Brown also provided for the special educational needs of women.  Thayer Home of Clark, which was established in 1888, operated until 1941 for the training of young women in homemaking or “domestic economy,” as it was then called.  This “model home” was erected so that girls, under the supervision of a matron, could be taught the arts of housekeeping in a home-like environment.  Similarly, Atlanta University, taught “household science” courses such as sewing, cooking, and nursing, and erected in 1882 a model school which served as a housekeeping cottage and offered practical courses in the various household arts.  Desire to improve the home life of Blacks was a major motivation for these courses.  Nurse training was also included in the course offerings for women. 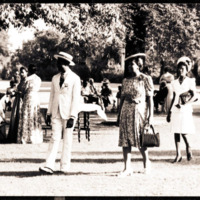 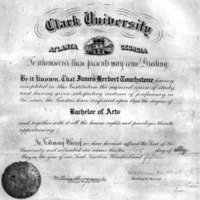 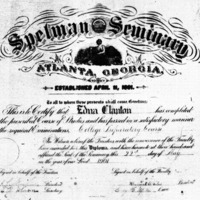 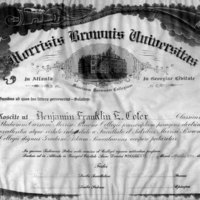 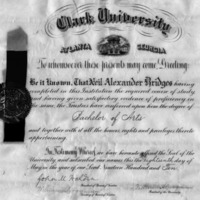