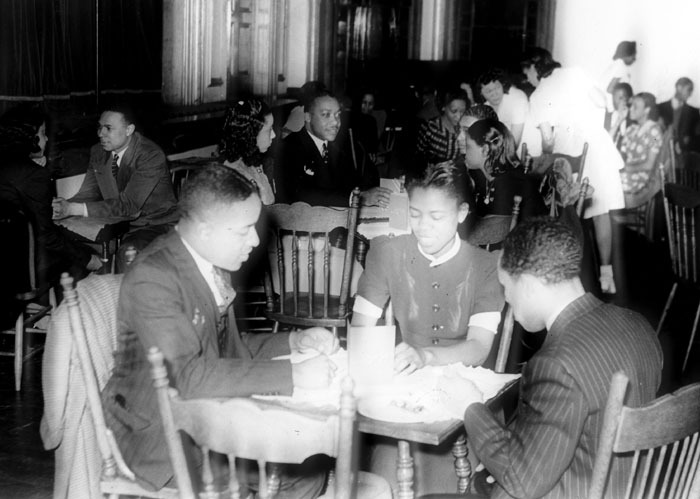 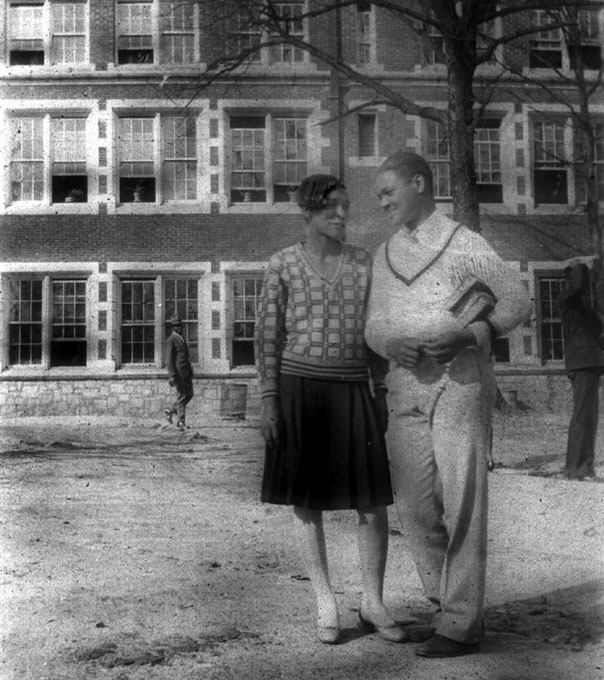 The schools of the Atlanta University Center took very seriously their responsibility to provide what they considered a moral environment for students away from home and family. Acting in place of parents, the administrators carefully monitored the movement, communication, and social interaction of their charges. Relationships between the sexes were subject to strict regulation during the early years. Morris Brown, for example, at the turn of the century prohibited association with the opposite sex without permission. In spite of these restrictions, however, the schools provided the social environment in which close friendships developed among classmates. Many students managed to establish ties that led eventually to courtship and marriage, with weddings often taking place in campus chapels. The schools tended, therefore, to facilitate the selection of a suitable mate, and ultimately encouraged family life.

Graduates continued their relationships with faculty and administrators, sent back photographs of their homes and families, and their children and kin to attend the Center for an education. The married couples who comprised part of the faculty and administration raised their children on or near the campuses, and sent them to one of the Center's schools. Many children of faculty, administrators, and neighborhood residents began their education in one of the Center's pre-school and elementary grades, and continued through high school and college. 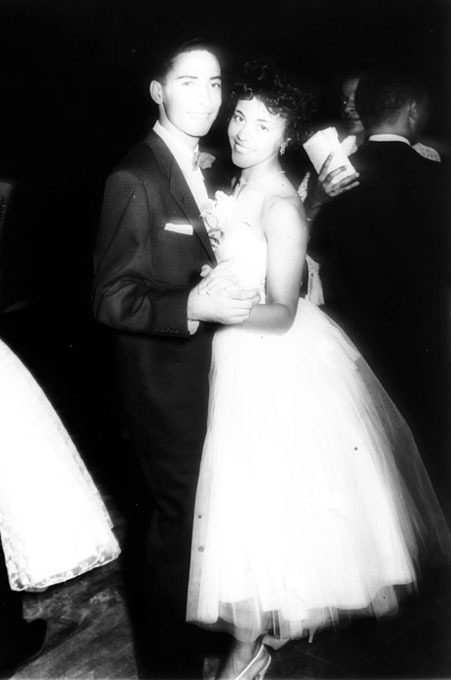 The Atlanta University Center is considered “home” to many families who have been closely associated with it for generations. Alumni have become teachers, administrators, and presidents of their alma maters and other Center institutions. A father and son have been president of Morris Brown. When the Rev. William Fountain, Sr., assumed the presidency in 1911, he became the first Morris Brown alumnus so honored. His son, William Jr., also a Brown alumnus, became president in 1928 and worked with his father, who as Methodist Bishop chaired the Board of Trustees. When the daughter, Dr. Julia Fountain Coles, retired from the faculty in 1979 after more than fifty years of service, it marked the first time in nearly a century that a member of the Fountain family was not directly associated with the College.

Five generations of the Frank Quarles family have gone to Spelman, and some families have sent all of their daughters there, as did the Wesley Dobbs family. The Granddaughters Club, organized in 1910, was comprised of students whose mothers or aunts had attended Spelman. For seven decades, members of the Samuel Cunningham and E.L. Simon families attended or taught at Clark. The Martin Luther King family has ties to several Center institutions. Alberta Williams King (Class of 1938, Morris Brown), mother of Dr. Martin Luther King, Jr. (Class of 1948, Morehouse), was a graduate of Spelman High School. Her daughter, Christine King Farris, who graduated from Spelman College in 1948, has been a member of that faculty since 1958. Rev. Martin Luther King, Sr., is a member of the Board of Trustees of Atlanta University, and many of his grandchildren have also attended Center schools. 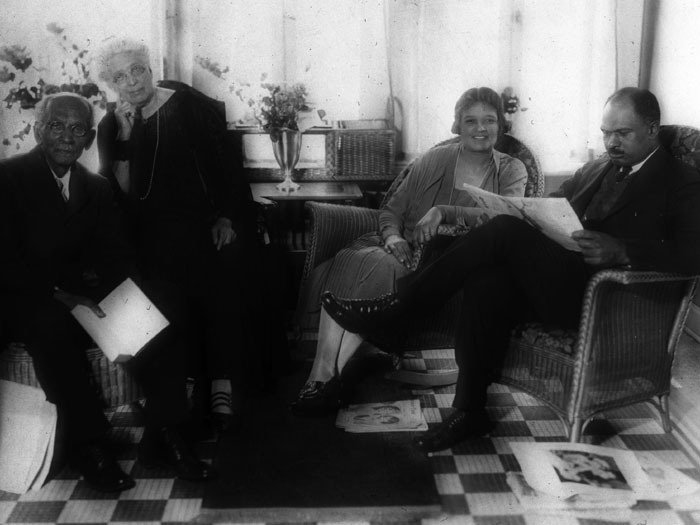 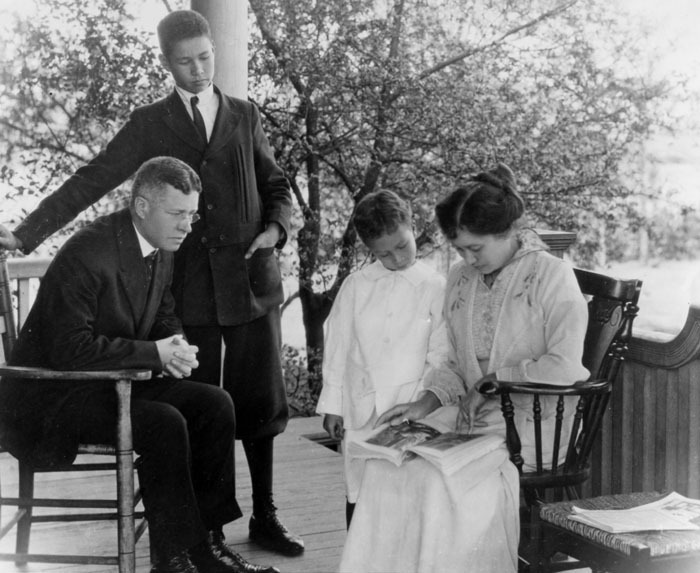 The William White family has been associated with Morehouse and Spelman colleges since the Rev. White founded Augusta Institute in 1867. His daughter, Marnie White, was an 1890 high school graduate of Spelman, and his granddaughter, Claudia White, was among the first two Spelman graduates to receive a degree from the college department in 1901. While on the faculty at Morehouse and Spelman, she was introduced by Morehouse President, John Hope, to Kemper Harreld, who joined the Morehouse music faculty in 1911 and the Spelman music department in 1927. They married in 1913. One of their daughters, Josephine White Harreld, graduated from Spelman High School and College (Class of 1933).

The John Hubert family has also been associated with the Center for generations. John Hubert (Class of 1884) was among Morehouse‘s first college graduates, and he joined the faculty in 1899. In 1908, eleven members at the Hubert family were studying or teaching at Morehouse. From 1937 to 1940, Charles Hubert (Class of 1909) was acting president of his alma mater. G. Johnson Hubert (Class of 1938, Morehouse) taught at Morris Brown, and many of the Hubert women attended Spelman. Similarly, Charles H. Wardlaw, a Morehouse graduate, joined the Morehouse faculty in 1903, served the College for forty years, and sent his four sons to Morehouse and his only daughter to Spelman. President William Crogman (Clark), President John Hope (Morehouse and Atlanta University), Dr. Henry Butler, their wives, and children have also been associated with the Center during its early development. This strong and persistent family tradition which the Center has fostered accounts for its continued impact on the Black community. 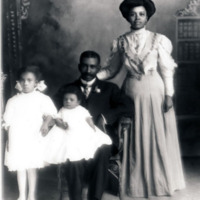 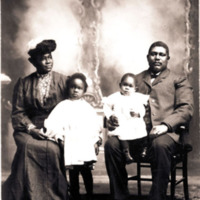 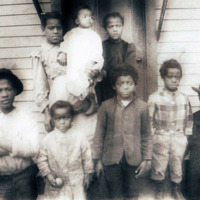 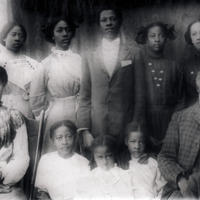 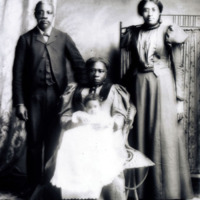 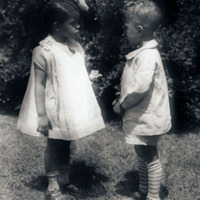