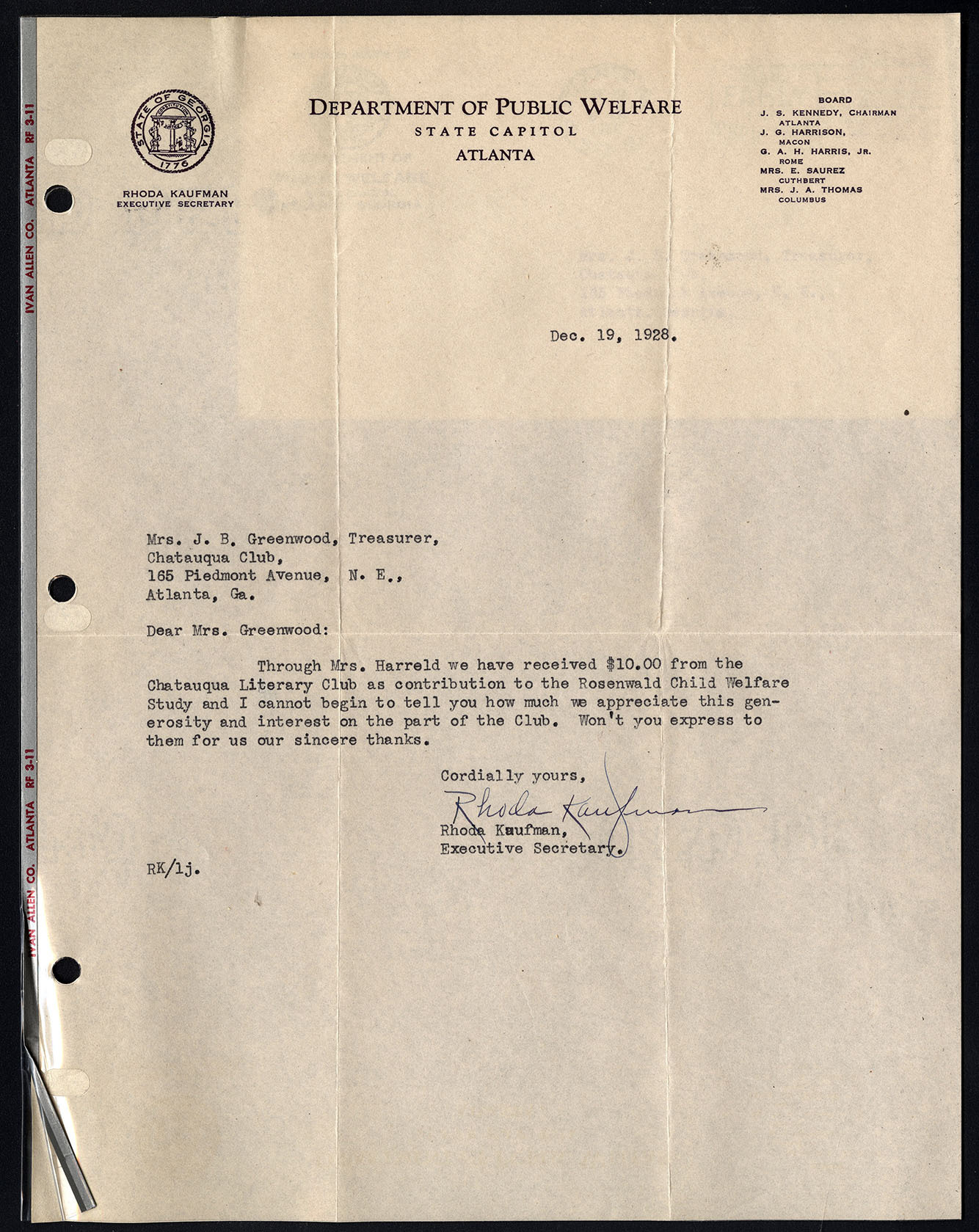 Letter from Rhoda Kaufman to Mrs. J.B. Greenwood, Treasurer of Chautauqua Circle, thanking the Circle for their contribution to the Rosenwald Child Welfare Study, December 19, 1928

While the Chautauqua Circle's primary activity was a home study program involving reports made by members at monthly meetings, this group of women made an impact on their community through other activism efforts as well. The reports covered political ideologies and issues, civil rights, race relations, current social issues as well as economics, art, religion and science. The Chautauqua Circle also sponsored lectures by community activists, such as a lecture in the early 1960s featuring Wiley Branton of the Voter Education Project. The Chautauqua Circle was inspired by the philosophies of the National Chautauqua Movement, and was involved with various organizations, orphanages, educational programs, and civil rights groups.

It was during their first meeting that a motion carried which stated “when a reasonable amount was realized it be devoted to some charitable cause.” During the June 16, 1922 meeting, Selena Sloan Butler, a founding member, presented to the group about the Child Welfare movement.  The membership voted to donate at least $10 to the movement, over three times as much as the dues collected during that meeting, the equivalent of $139.56 in 2017. The Chautauqua Circle’s involvement in the welfare of Black children parallels the important efforts of the Neighborhood Union and their involvement with the Carrie Steele Orphanage and the Leonard Street Orphanage. The Chautauqua Circle members regularly assisted Black orphans in the Atlanta area. In a December 19, 1928 letter from Atlanta’s Department of Public Welfare, the Chautauqua Circle (noted in the letter as the “Chautauqua Literary Club”) is thanked for their $10.00 donation to the Rosenwald Child Welfare Study. Clara Cater (Clara Maxwell Cater Pitts), one of the founding members, worked closely with Carrie Steele, and helped to establish the Carrie Steele Orphan home that would later be known as the Carrie Steele-Pitts Home, Inc. The Chautauqua Circle regularly assisted the Leonard Street Home, led by Amy Chadwick, an Englishwoman (1890-1936), which later became the Spelman College Nursery School.

Individually, members were also educational and social welfare activists.  Catherine Graves was educated at Atlanta University and helped to organize and establish the Gate City Free Kindergarten. Several members contributed to the establishment of organizations such as the Atlanta Teachers Credit Union, and the National Congress of Colored Parents and Teachers Association. Beyond their efforts assisting children and educational programs, the Chautauqua Circle contributed to and worked with other organizations such as the NAACP and the American Cancer Society, Inc. Today’s members are leaders in the Atlanta community. Members have been educators, social workers, politicians, and business professionals, such as former Atlanta mayor Shirley Franklin, and two-star general, Marcelite Jordan Harris (Atlanta Magazine, 2013). 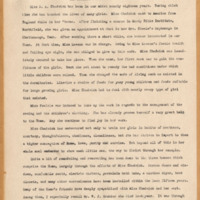 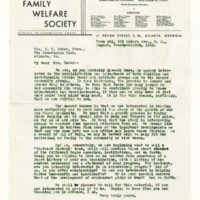 Letter from the Family Welfare Society asking for help with the goals of the organization and for information about the Black community in Atlanta, August 28. 1935 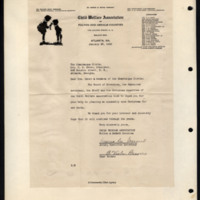 Letter from the Child Welfare Association, thanking the members of the Chautauqua Circle for their "help in planning an unusually nice Christmas for our wards," January 22, 1936 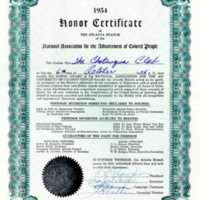 Honor Certificate of the Atlanta Branch of the National Association for the Advancement of Colored People, October 6, 1954 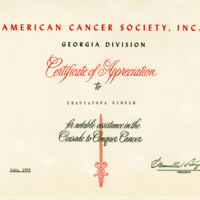 Certificate of Appreciation from the American Cancer Society, Inc. for "notable assistance in the crusade to conquer cancer," July 1955 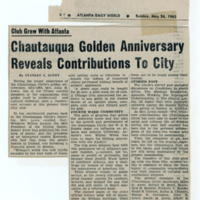 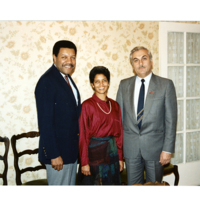