Prior to her death in 1969, Sadie Mays, wife of Benjamin E. Mays had intended to serve on the Atlanta Board of Education. Her goal was to serve “on behalf of all colors and all political persuasions." She saw that the Black population of Atlanta would allow for some Black representation on the school board. Sadie wanted to address the problem of segregation in the Atlanta Public Schools that caused poor funding and poor staffing for the Black neighborhood schools. 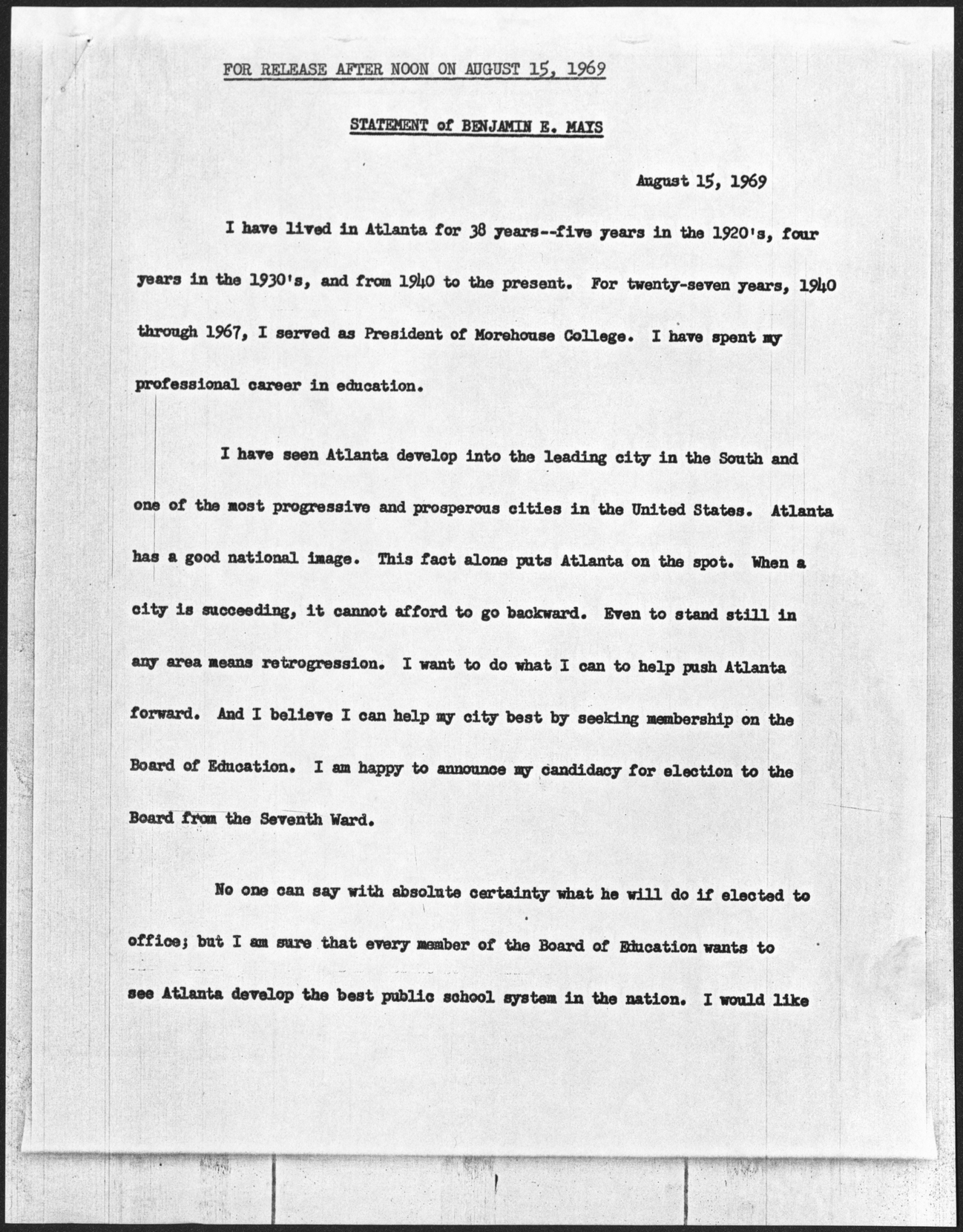 Mays did the work “Sadie Mays wanted to do, and he never forgot his duty to the Atlanta schools." During his term on the board, Mays wanted to focus on leadership, responsiveness, and communication. He believed that these goals would increase the quality and equality of education for children of the Atlanta schools. He brought to the board “his administrative acumen, his optimism, and his capacity for hard work.” “He remained energetic and fought steadfastly over eleven years to improve the educational attainment of the black children of Atlanta against the backdrop of white flight.” 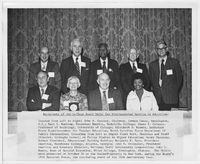 Recipients of the College Board Medal for Distinguished Service to Education, 1976

Information in this section was obtained from: