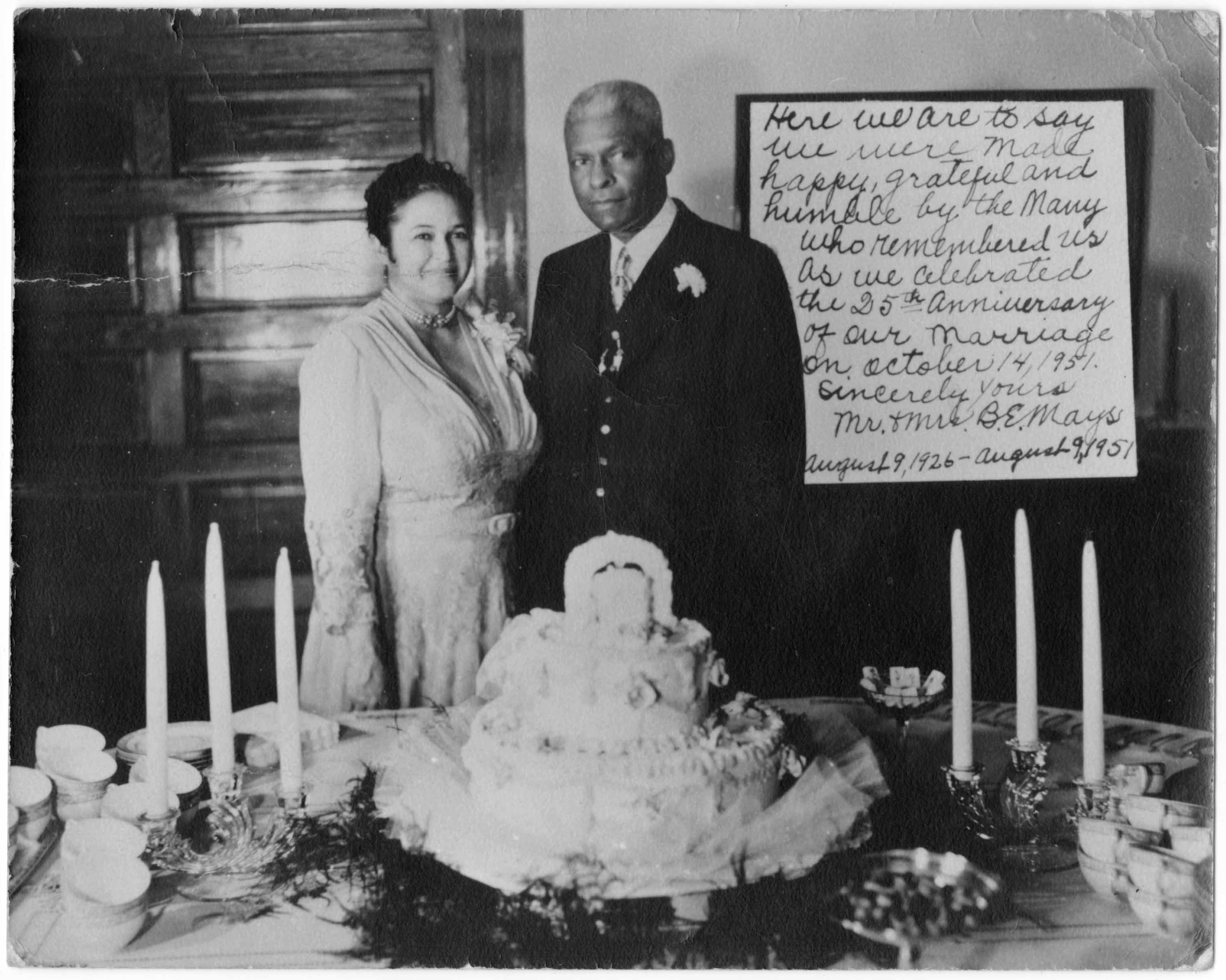 Benjamin E. Mays and his wife stand in front of a cake on their 25th wedding anniversary, 1951.

Benjamin Elijah Mays was born August 1, 1894 in Ninety Six, South Carolina. He graduated from the high school department of South Carolina State College in 1916 as class valedictorian.  After graduating high school, he spent one year at Virginia Union University before relocating to Maine to attend Bates College, where he received his B.A. in 1920. During his time at Bates he was the president of the Debating Council and the Bates Forum. Upon completing Bates College, Mays attended the University of Chicago where he received his M.A. and Ph.D. 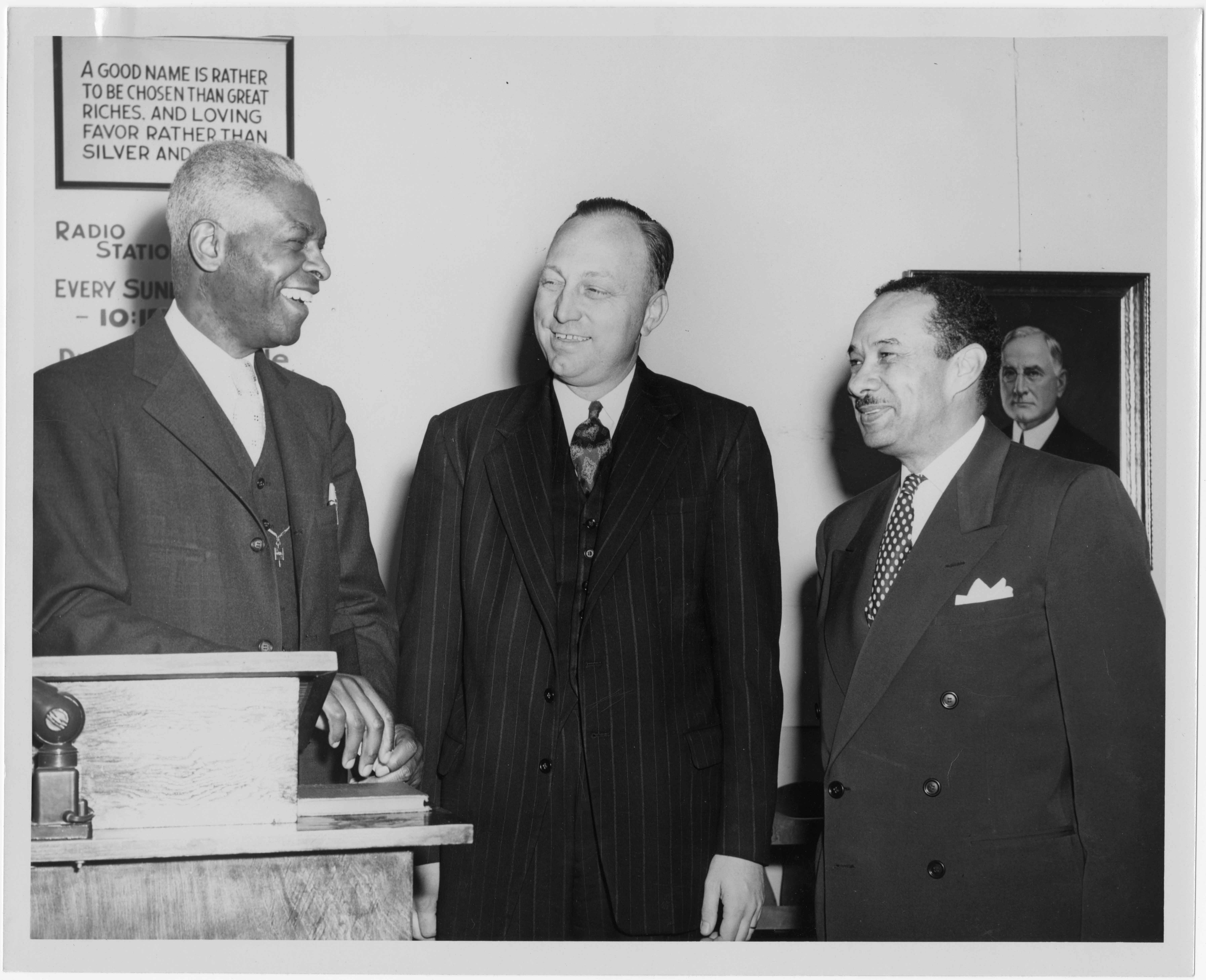 Dr. Harry V. Richardson with Dr. Benjamin Mays and Dr. Dow Kirkpatrick at the Georgia Council of Churches meeting. Dr. Mays was the guest speaker at the annual meeting, December 1, 1953. Dr. Dow Kirkpatrick is the council president for 1954. Dr. Richardson led the service of worship preceding an address by Dr. Mays on The World Council of Churches Second Assembly Meeting in Evanston.

While at the University of Chicago, Mays worked as a Pullman Porter and a student assistant to Dr. Lacey Kirk Williams, pastor of Olivet Baptist Church. While finishing his doctorate, Mays along with Joseph Nicholson authored “The Negro’s Church,” an early sociological study on the Black church. This was the first among his several publications including “The Negro’s God” and “A Gospel for the Social Awakening.” He was hired by President John Hope in 1921 to teach math at Morehouse College. He would leave Morehouse to become Dean of the School of Religion at Howard University in 1934, only to return to Atlanta in 1940 to become president of Morehouse College.

Mays' impact on the history of Morehouse and the ITC was signifigant. Rev. Dr. Martin Luther King Jr. was his most recognized student at Morehouse. The two remained close until King’s death in 1968, and Mays delivered the eulogy at his funeral.  Mays played a prominent role in establishing the Interdenominational Theological Center, being in conversations about the center with Harry V. Richardson as early as 1955.  Working closely with Richardson, Mays help spearhead the academic and financial support for the center which, with the help of the Rockefeller Sealantic Fund, was established in 1958. Under Mays' leadership, the Morehouse School of Religion moved from Morehouse and became affiliated with the new Interdenominational Theological Center. Mays would become a member and chair of the board of trustees of the Interdenominational Theological Center. 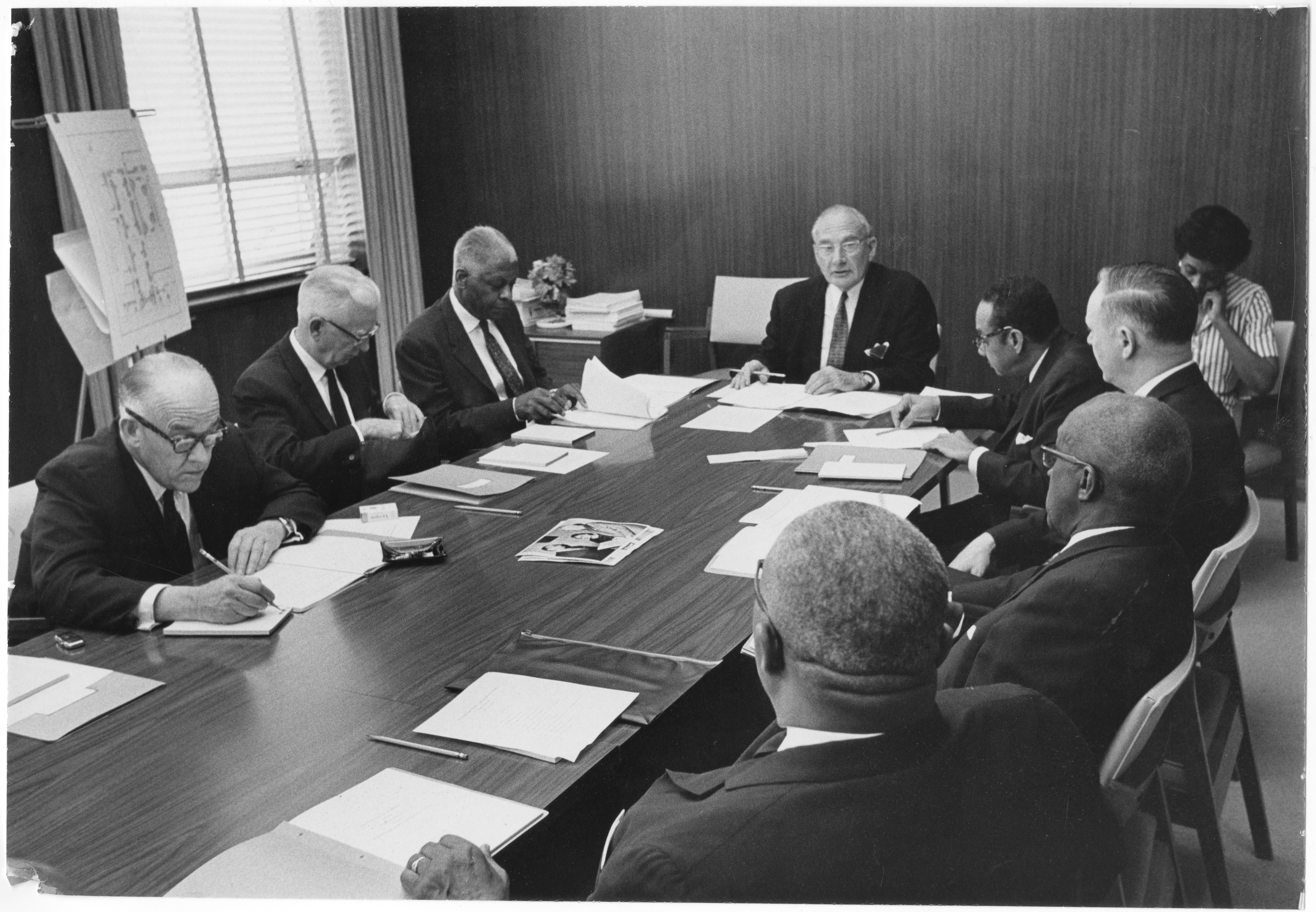 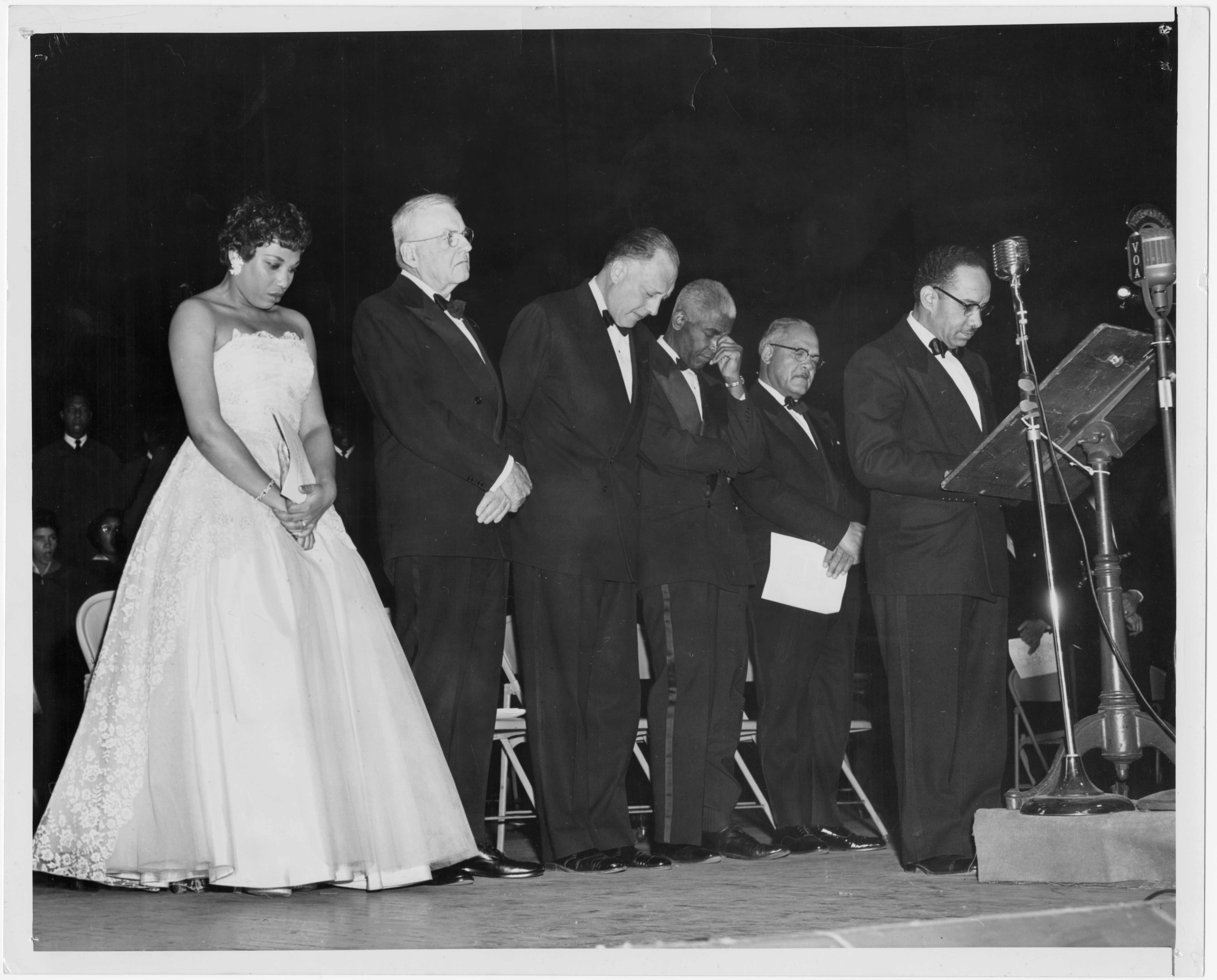