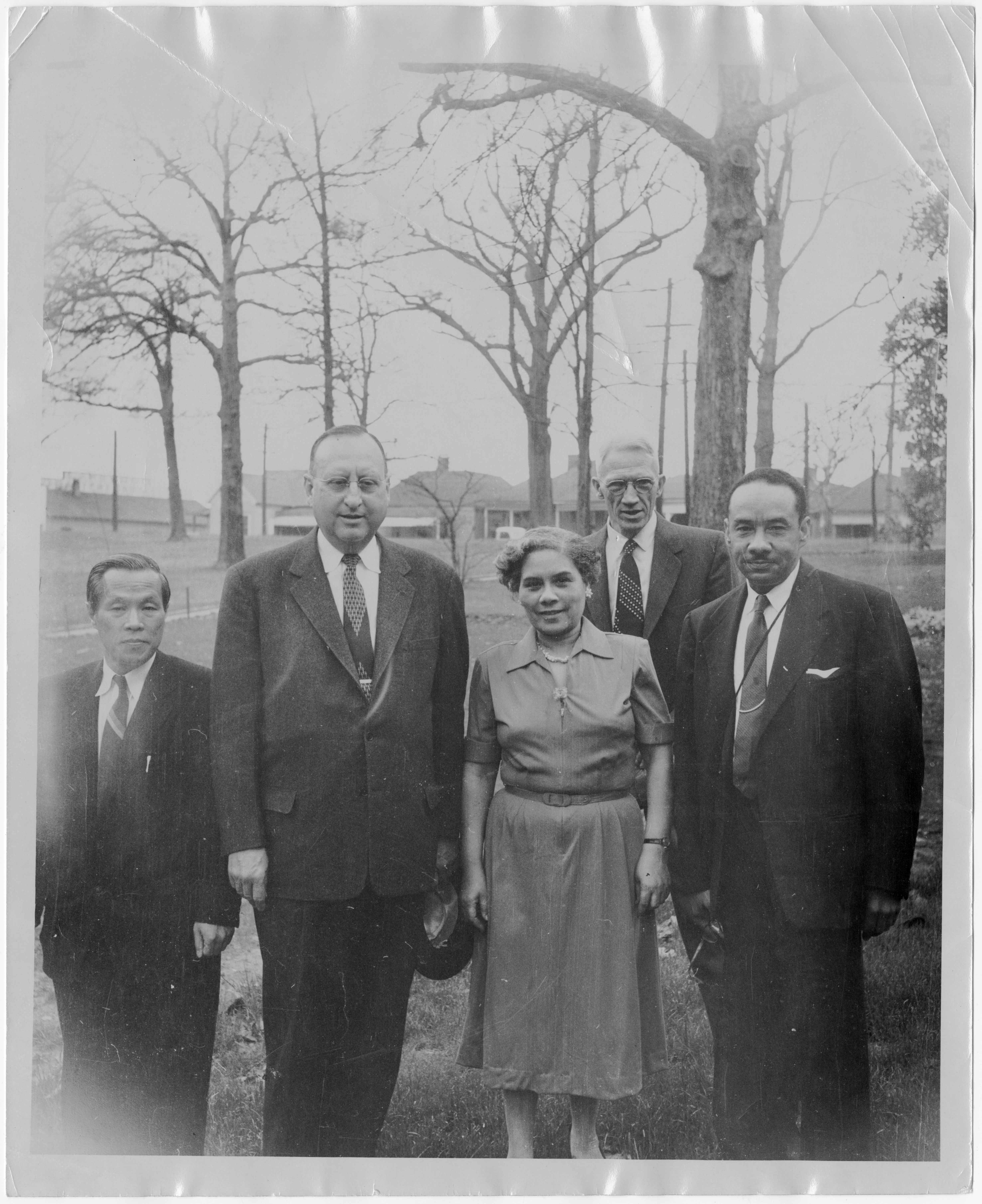 Harry Richardson and wife Selma stand outside on the Gammon Campus with Mr. Tomo Muto, Harold Camp, and P.T. Frihrmann, 1956.

Harry Van Buren Richardson born in Jacksonville, Florida in 1901 to Martin V. and Bortha I. Richardson received both his elementary and secondary education in Jacksonville. After high school, Richardson went to New York and held odd jobs such as an elevator operator and laundry truck driver. His college principal had encouraged him to attend college and Richardson heeded his advice attending Western Reserve University in Cleveland, Ohio. There, he majored in history and minored in political science. 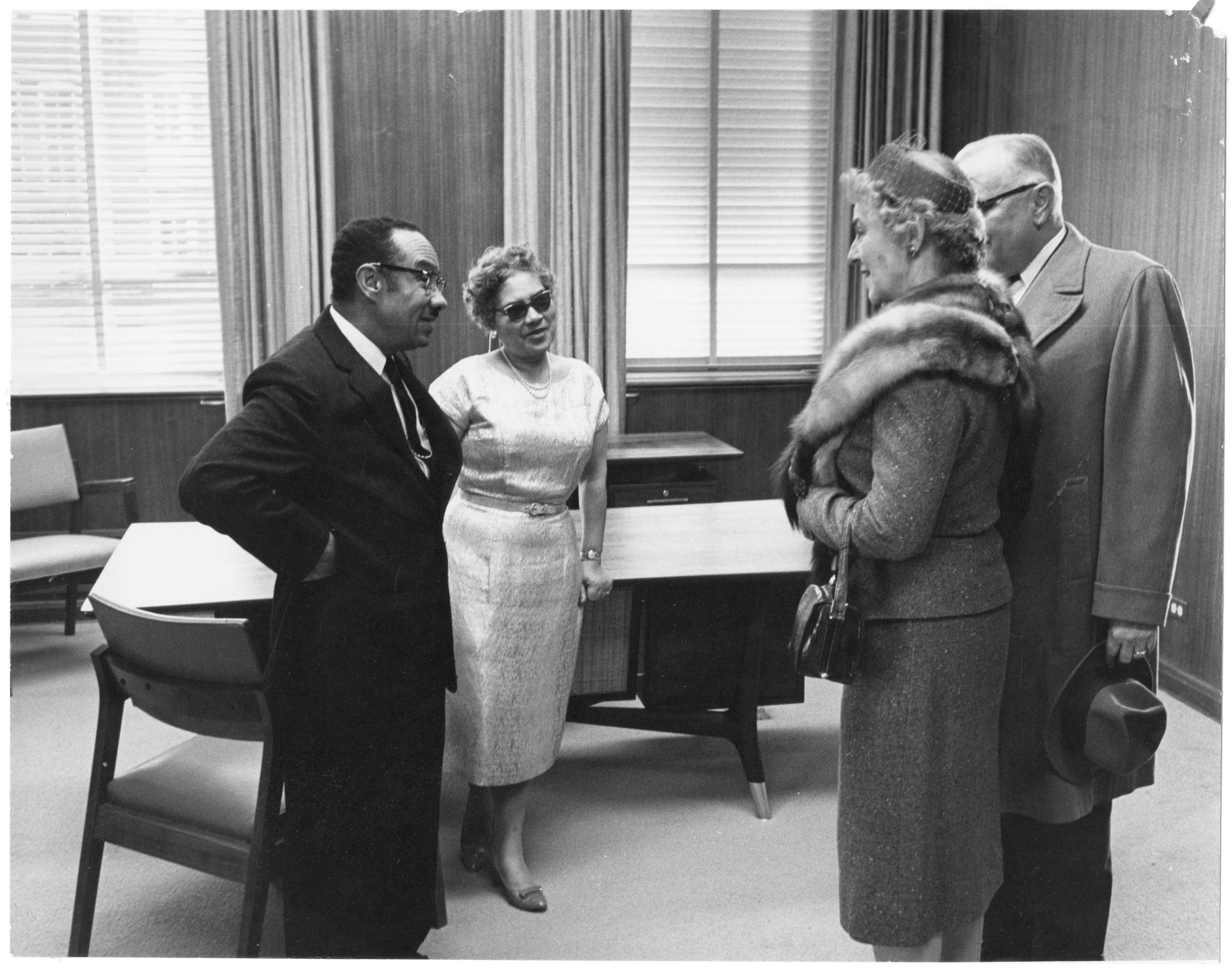 Richardson joined the Tuskegee Institute in Alabama in 1933, where he taught history and political science and would become chaplain, also developing a program of rural extension work among Black churches. The program became popular throughout the South and at its height employed eighteen full-time workers in nine states, with an enrollment in excess of two thousand. In 1943 he would attend Drew University to work on his Ph.D. in the field of rural sociology, graduating in 1945. In 1948, Harry V. Richardson would become president of Gammon Theological Seminary. As early as 1955, Richardson, along with Benjamin Mays began thinking about a shared campus of theology. Richardson would later travel to meetings with F. D. Patterson, former president of Tuskegee University and founder of the United Negro College Fund. Richardson and Patterson propose funding for Gammon (and later to the ITC) from the Rockefeller Foundation. This successful fundraising campaign fueled the drive to join seminaries, forming the ITC. Instrumental in its founding and development, he served as president of ITC until 1968.