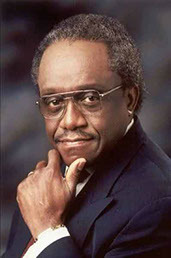 Bishop Oliver Haney Jr. served as interim president of ITC from 2001 to 2003. He served as pastor of two Presbyterian churches in Dalton and Rome, Georgia, and two Church of God in Christ congregations in Fairburn and East Point, Georgia. He was dean of the Charles H. Mason Theological Seminary for thirty years from 1974-2004, and received various awards throughout his service career. He is currently Bishop of the Church of God in Christ Northern Georgia, First Ecclesiastical Jurisdiction, and is married to Chaplain Lavern Haney. 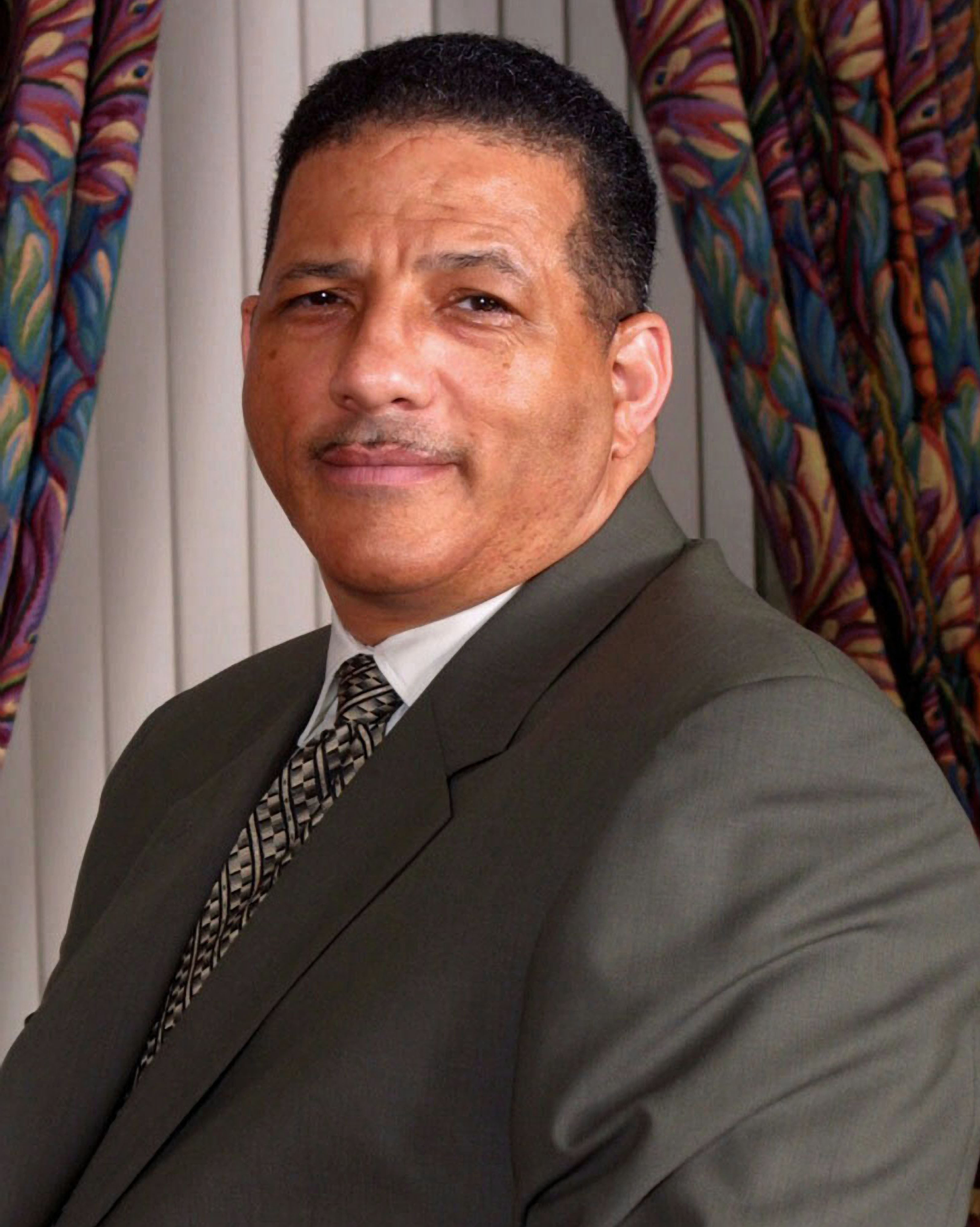 Born in St. Louis, Missouri, Michael A. Battle Sr. was the seventh president of ITC from 2003 to 2009. He received a Bachelor of Arts degree from Trinity College, a Master of Divinity degree from Duke University, and a Doctor of Ministry degree from Howard University. He served as vice president at Chicago State University from 1998-2003, associate vice president at Virginia State University from 1996-1998, and University Chaplain at Hampton University from 1976-1996. Battle also was pastor to the Hampton University Memorial Church, and served for twenty years as Chaplain in the United States Army Reserve. His achievements include serving as vice president of the American Committee on Africa from 1994-1998, and participation as an election observer in 1994 for the first free election in South Africa. He served as chair of the Robert W. Woodruff library of the Atlanta University Center and was a member of the UNCF Institutional Board of Directors. Battle also chaired Atlanta Mayor Shirley Franklin’s advisory committee for sustainable Atlanta. He has authored several books and publications including “Hampton of the Hampton University Ministers’ Conference,” “Because A Devotional Commentary on Psalms 40,” and “What Does it Mean to Be Black and Christian,” among many others. Battle left ITC to become the U.S. ambassador to the African Union in 2009. He is married to Linda Ann McClure, and is the father of three children. 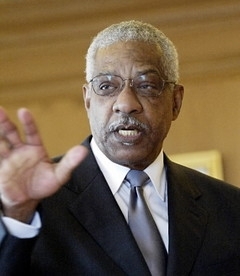 Thomas Cole served as ITC interim president from 2009 to 2010. He served simultaneously as president of Atlanta University and Clark College, shepherding the consolidation of the two schools in 1988, becoming the first president of Clark Atlanta University. During Dr. Cole’s tenure, Clark Atlanta became the largest of the United Negro College Fund awarded schools, and ranked one of the top 200 regional universities by U/ S. News and World Report. A graduate of Wiley College in 1961 when his father was president, he received a doctorate in organic chemistry from the University of Chicago. Cole served 36 years in higher education, beginning at Atlanta University where he served as Callaway Professor and subsequently Provost. He also served as President of West Virginia State College and Chancellor of the West Virginia Board of Regents. Following his retirement in 2002, he served as Interim Chancellor of the University of Massachusetts- Amherst and Interim President of the Interdenominational Theological Center. 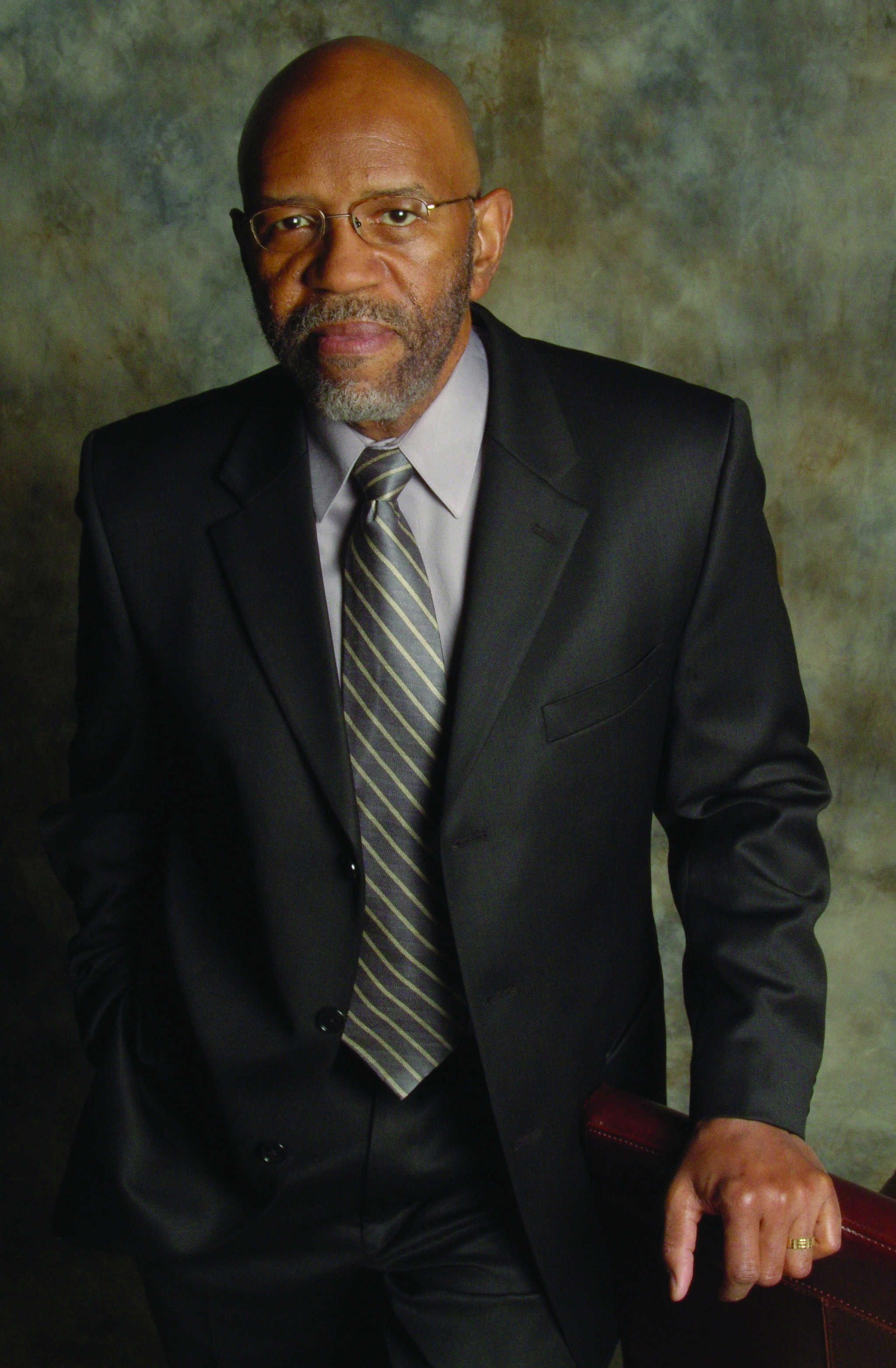 Ronald Peters was elected ITC’s eight president in 2010. Before being elected by the ITC board of trustees, Peters, a native of New Orleans, Louisiana served as the director of the Pittsburg Theological Seminary’s Metro-Urban Institute, an interdisciplinary program of religious leadership and development. He received a Bachelor of Arts from Southern University, his Masters in Divinity from Gordon Conwell Theological Seminary and a Doctor of Education from the University of Massachusetts-Amherst. Peters was ordained in the Presbyterian Church and was the founding pastor of Martin Luther King Presbyterian Church in Springfield, Massachusetts. He has presented numerous lectures on the role of the church within a community. He served ITC as president until 2013. 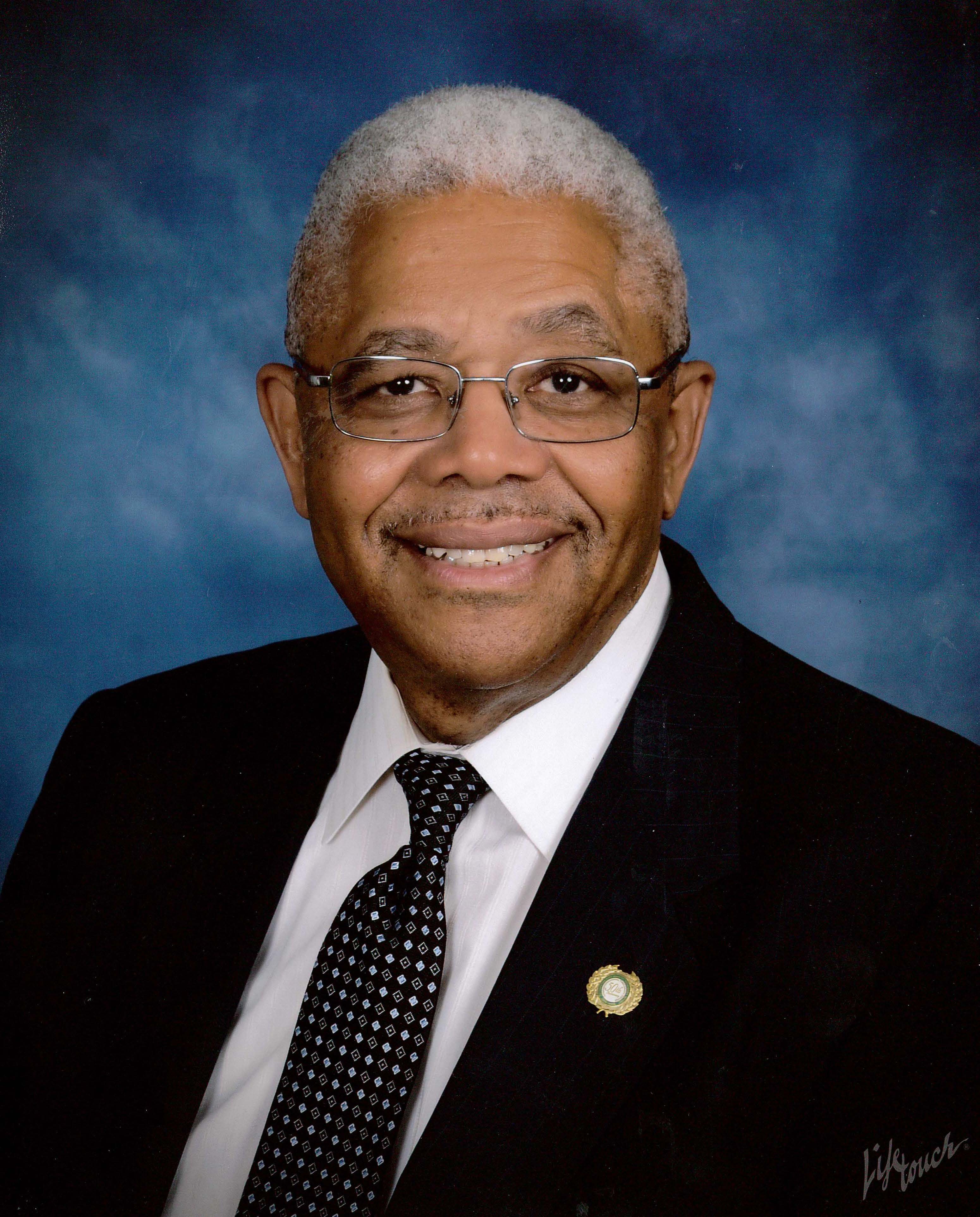 Edward P. Wimberly served as the ninth president of the ITC from 2013 to 2015. Prior to his time as ITC president Wimberly was vice president for academic affairs, provost, and Jarena Lee Professor of Pastoral Care and Counseling at the Interdenominational Theological Center. Previous to that assignment he earned his PhD from the Boston University School of Theology, and was Andrew Mellon Assistant Professor of Psychology of Religion and Pastoral Care at ITC. A former pastor and pastoral consultant, Dr. Wimberly was a clinical member of the American Association of Pastoral Counselors and the American Association of Marriage and Family Counselors. He is the author of over fifteen books and publications. He is married to another acclaimed author Ann Wimberly. 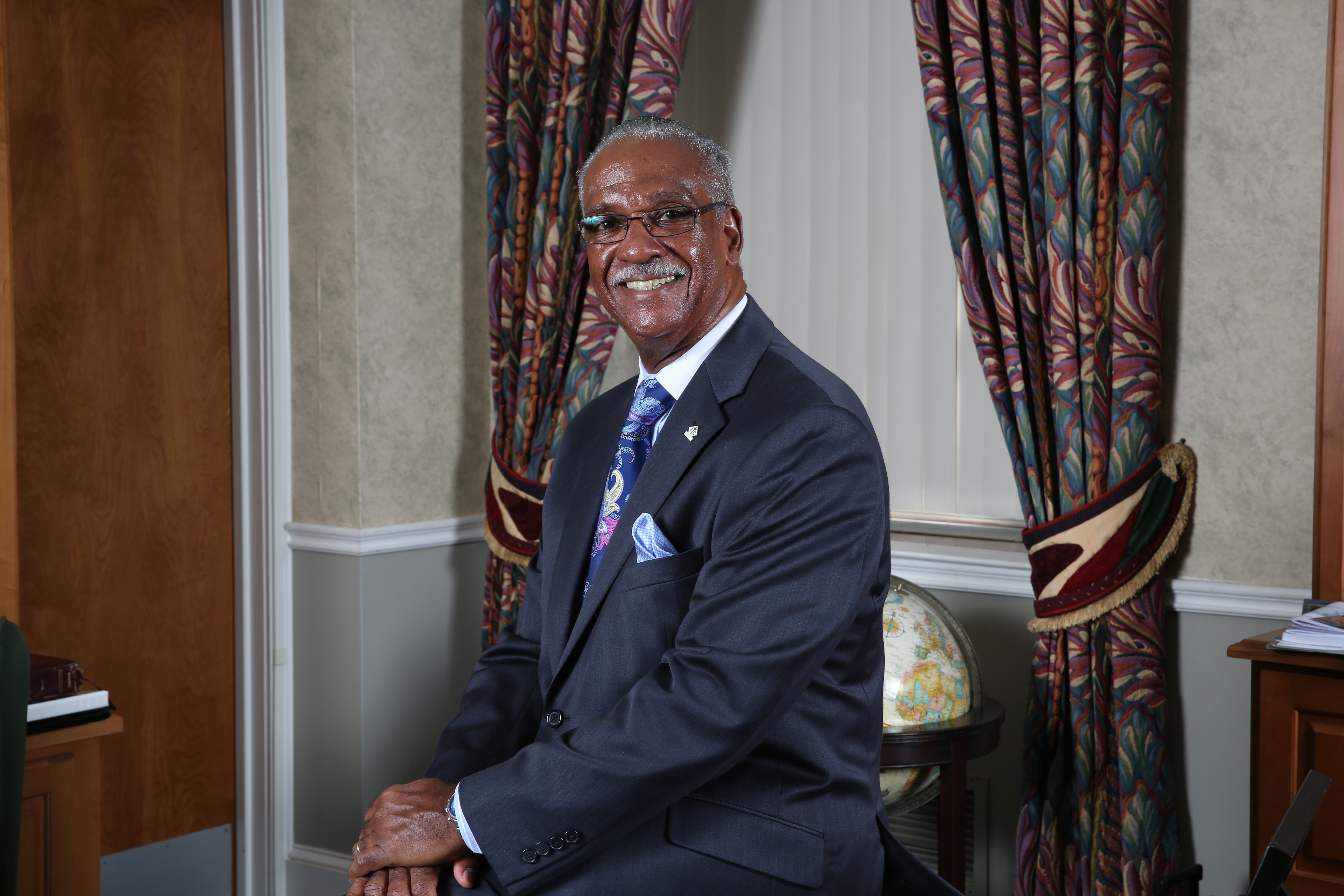 Edward Lorenzo Wheeler was elected ITC’s tenth president in 2015. He is a 1969 graduate of Morehouse College earning a Bachelor of Arts. He earned his Master of Divinity (Magna cum Laude) from Colgate- Rochester Divinity School and earned a Ph.D. in Historical Theology from Emory University. He has earned numerous honorary degrees from educational institutions such as Payne Theological Seminary and Christian Theological Seminary. Wheeler has served as Dean of the Morehouse School of Religion, pastor of Zion Baptist Church in Cincinnati, Ohio, faculty member of United Theological Seminary teaching in both the Master of Divinity and Doctor of Ministry programs. He was also the dean of the chapel and professor of religion and society at Tuskegee University before becoming president of the Christian Theological Seminary in Indianapolis, IN. He served as president of CTS for fourteen years He has served on several civic and professional boards including the Committee on Leadership Development of the Indianapolis Chamber of Commerce, the Greater Indianapolis progress committee (office of the Mayor) and 100 Black Men of Indianapolis. He is the author of numerous articles, book reviews, and books. His books include Uplifting the Race: Black Ministerial Leadership in the New South, 1865-1902 and Black Pearls: Lessons from a Beautiful Black Mother. He has been married to wife Mary Susan since 1969. They are the parents of three daughters and three grandchildren.

A special thank you to the Interdenominational Theological Center for granting permission to publish these images of the 21st century presidents from their collection.