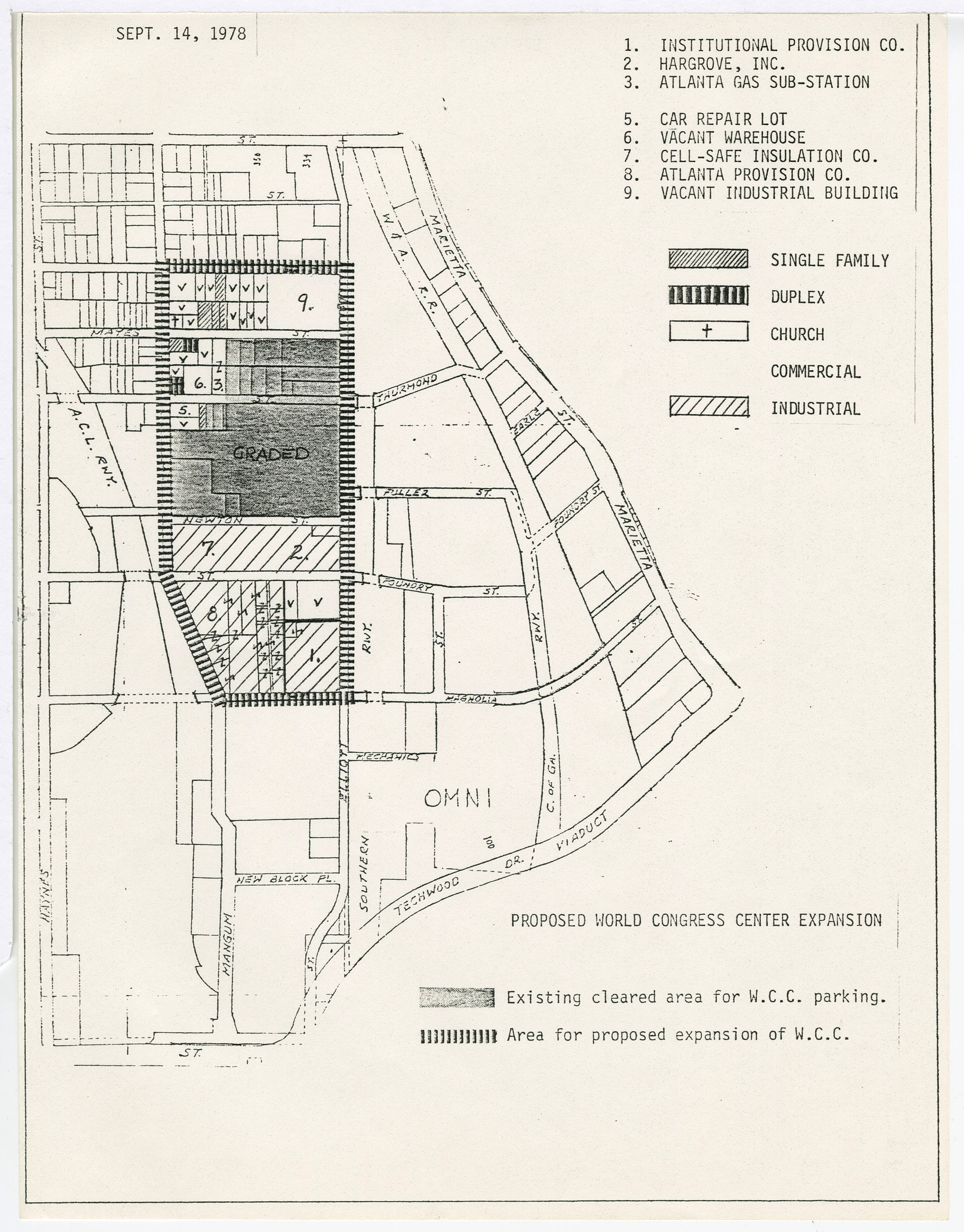 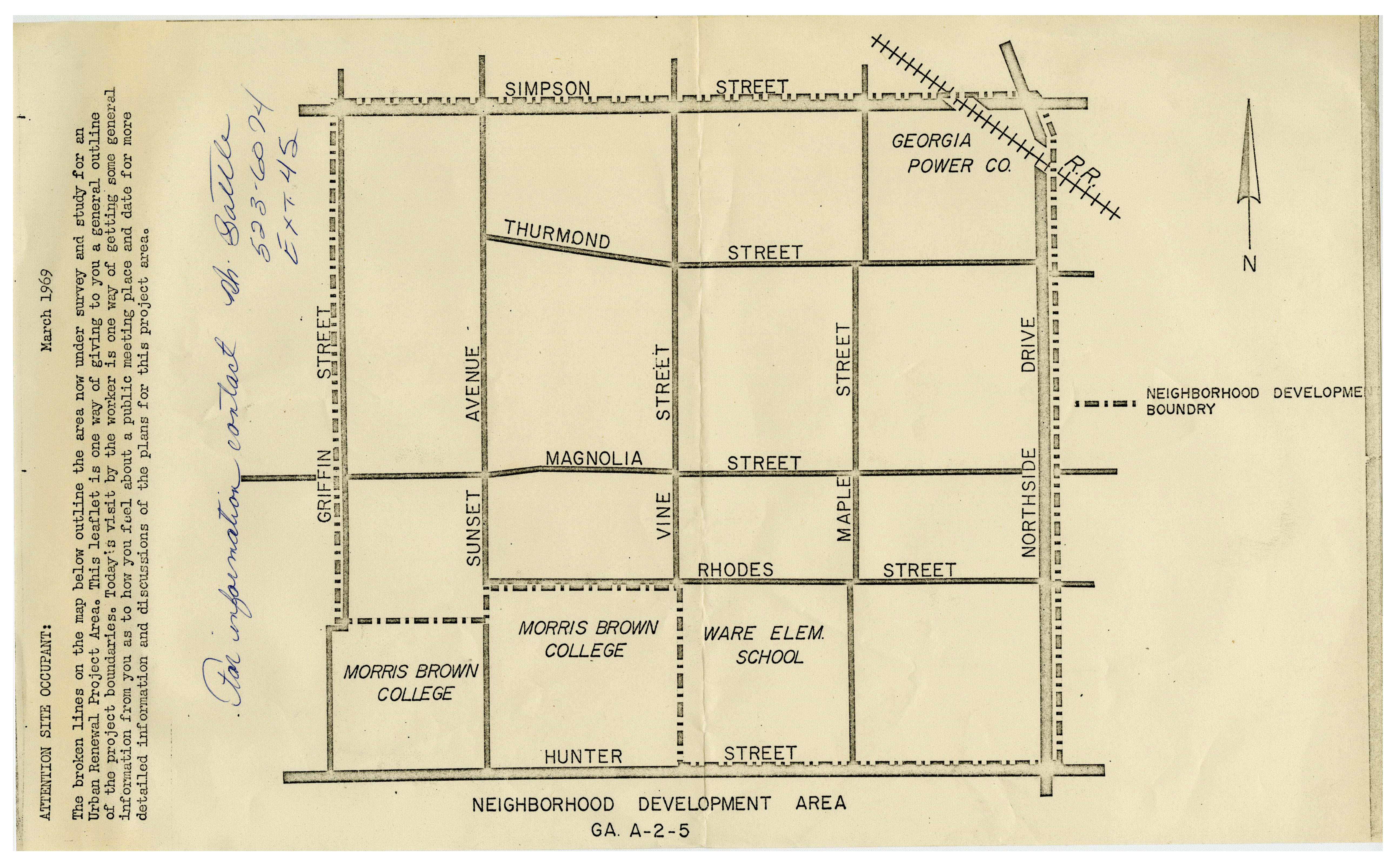 In the 1980s and 1990s, several Black neighborhoods in Atlanta were demolished. This demolition occurred for various reasons. These neighborhoods were lost due to construction, MARTA, expansion of expressways, and the changing landscape of the city.

The desire of the city to expand and grow has caused Black neighborhoods to be lost and their residents to be displaced. They have been removed from maps and forgotten by many.

This section examines and explores the history of two of those lost neighborhoods: Lightning and Johnsontown. Included in the section are archival materials from the Grace Towns Hamilton papers, the Atlanta Urban League, the Atlanta Community Relations Commission collection, and the Atlanta Neighborhood Planning vertical file.