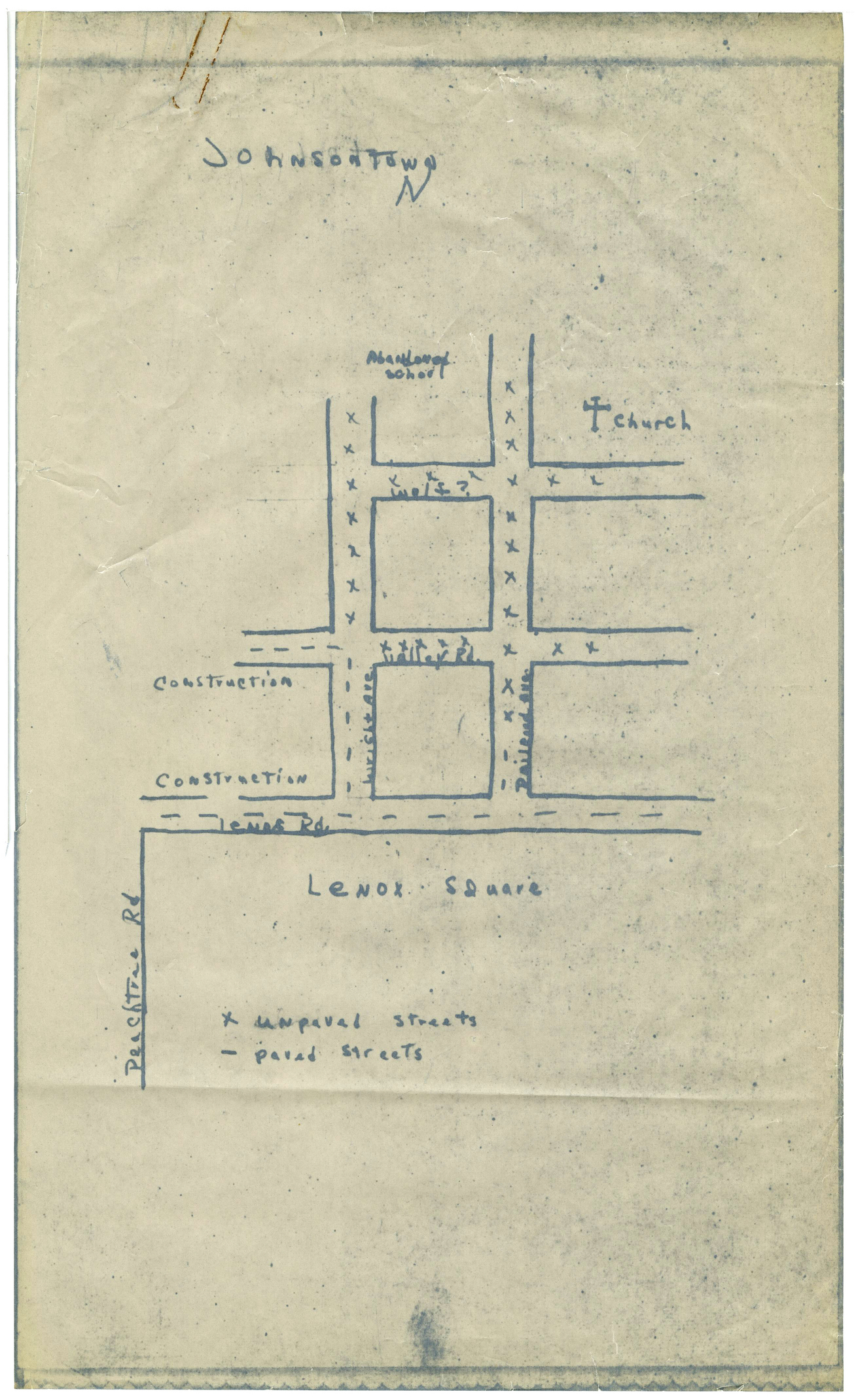 Johnsontown was a low-income African American community located in the Northern region of Atlanta. After affluent Whites failed to take interest in the area in the 1890s, African Americans began to consider the region a prime location for their housing needs due to their employers being located in the adjoining wealthy Atlanta neighborhood of Buckhead.

In 1912, Columbus and Callie Johnson, an African American couple purchased land on the south side of Railroad Avenue and built their home. A few years later more blacks began to move into the community, who currently worked as maids, yardmen, carhops and chauffeurs for the residents in the Buckhead community. The community was mostly self-sufficient containing a grocery store and restaurant, dance hall, church, and school. The Carter Elementary School served the residents of the community, as well as children from neighboring communities such as Bagley Park and Willistown. In 1955 the school was closed due to low attendance.

"MARTA Donates Artifacts to AUC Library," article on the donation of artifacts from the Johnsontown neighborhood, January 17, 1983

The population began to decline in the 1950s due to commercial and residential redevelopment, migration of young adults, and the expansion of public transportation and the availability of homes on the west side. In 1971, after the referendum from the Metropolitan Rapid Transit Authority (MARTA) successfully passed, Johnsontown was earmarked as the site of the MARTA Lenox station. In 1982, the city began demolition of Johnsontown to make way for the MARTA Lenox station. T.M. Alexander, Jr., a Morehouse College graduate and banker, served as the first president of the Atlanta Economic Development Corporation (now Invest Atlanta). He volunteered his expertise and helped landowners negotiate settlements. The Johnsontown Neighborhood collection was given to the Archives Research Center by MARTA. The site of the neighborhood was documented by MARTA through The History Group, Inc. The collection contains materials related to the excavation of artifacts from the Johnsontown site. Included in the collection are the archaeological artifacts, field notes, research data, an audiotape, photographs, slides, reports, and correspondence.