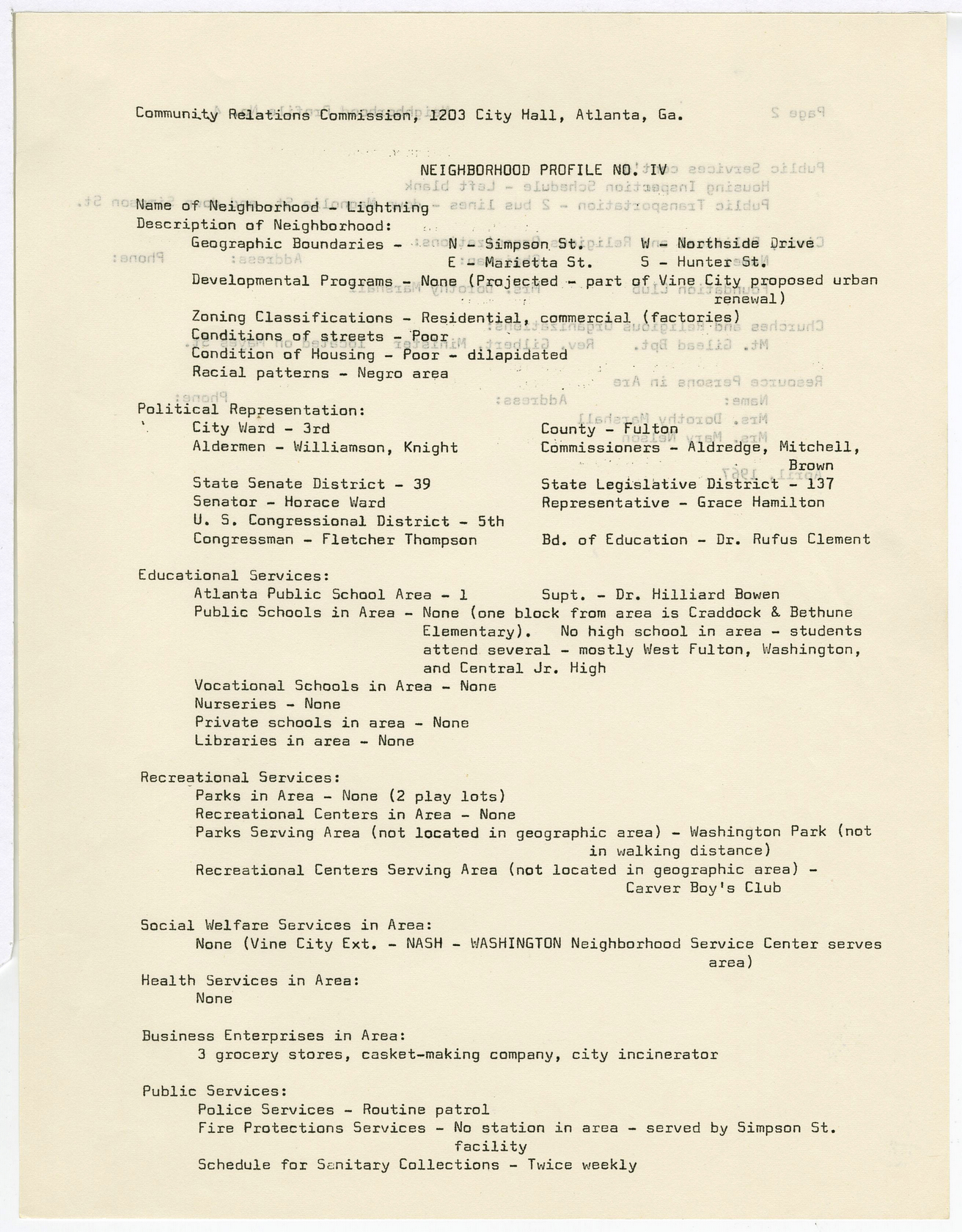 The neighborhood of Lightning was one of Atlanta’s earliest communities. Located just west of downtown Atlanta, it was home to a Black working-class community. Similar to other Black neighborhoods, this area was a slum area with houses and streets in bad condition. Lightning was one of the last neighborhoods to get paved roads and electric power. And due to these conditions and its location, it became a causality of the Georgia World Congress Center expansion and construction of the Georgia Dome. 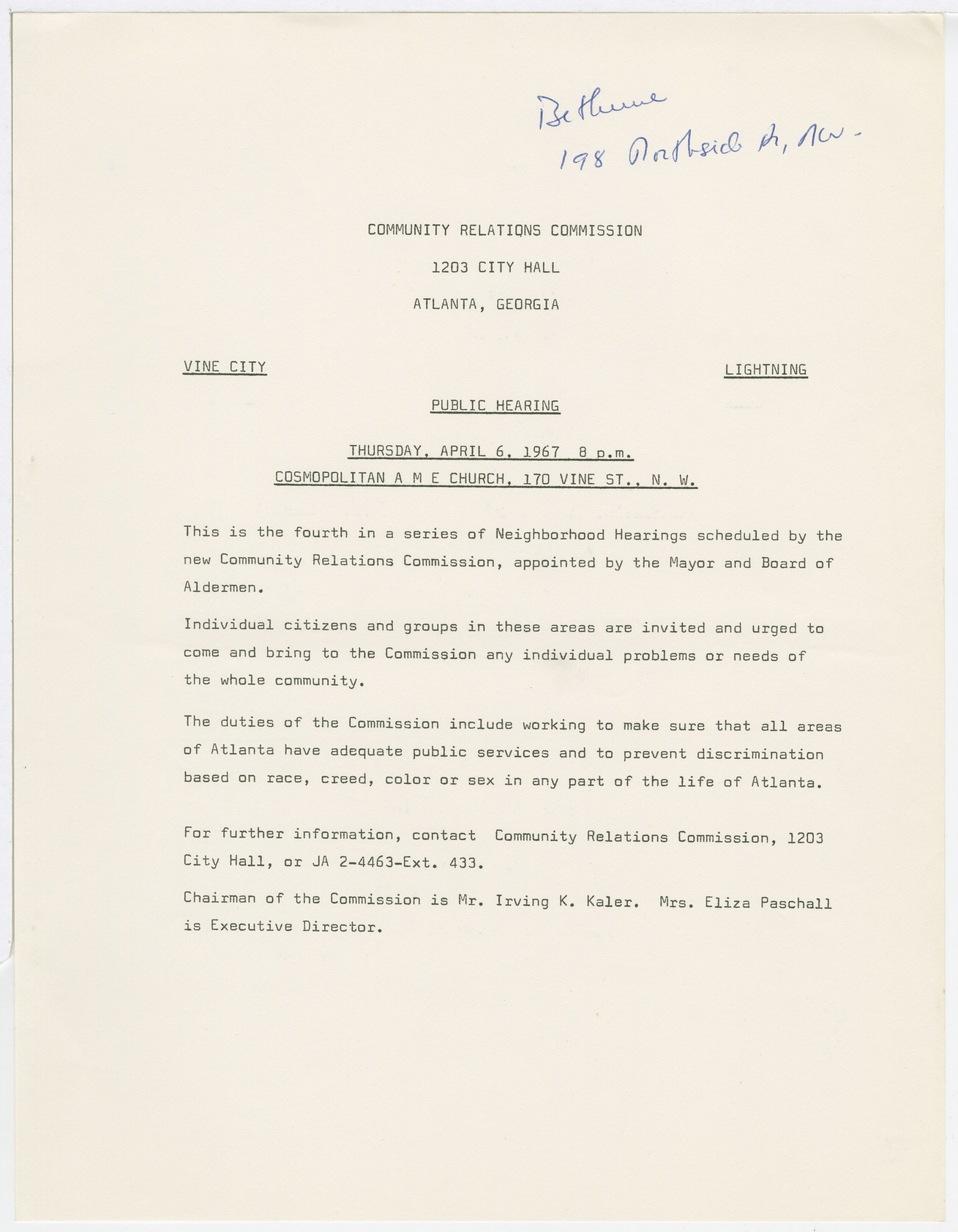