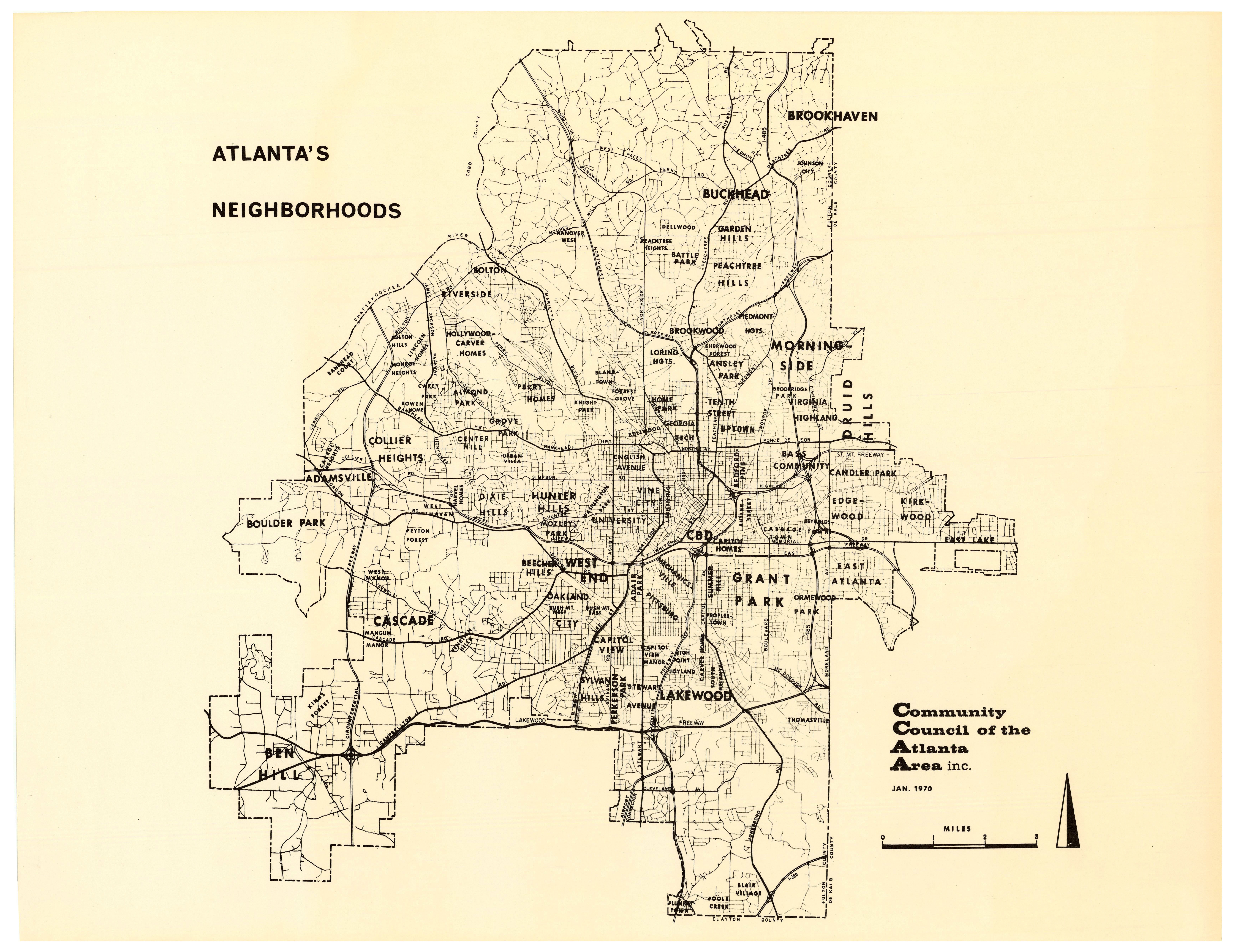 Prior to the 1906 race riot, it was possible to find Black households throughout the city and within what were seen as white neighborhoods. As a result of the 1906 race riot, the dispersion of Black residents was much less apparent. The riot caused Black businesses to be forced out of the central business area of Atlanta. During the early 20th century, a thriving Black business district was formed on Auburn Ave and became known as “Sweet Auburn.” However, real estate brokers blocked Black residential expansion along the periphery of the Auburn Ave businesses. This caused the relocation of Black residents to neighborhoods in the West and South of Atlanta. The Black residents of Atlanta lived separately and unequally from whites with inadequate health care, employment, and schools.

The set of images in this section were created as part of a presentation for “Stories Worth Sharing: The Heritage of Atlanta’s African-American Neighborhoods” project. A grant funded by the National Park Service and the City of Atlanta.

Historic Home from "Stories Worth Sharing," Slide Show, circa 1991

Westview from "Stories Worth Sharing," Slide Show, circa 1991

Map of Three Black Neighborhoods from "Stories Worth Sharing," Slide Show, circa 1991

Victorian Cottages from "Stories Worth Sharing," Slide Show, circa 1900

Brochure for the "Stories Worth Sharing" Slide Show, September 27, 1991 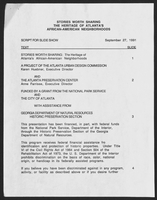 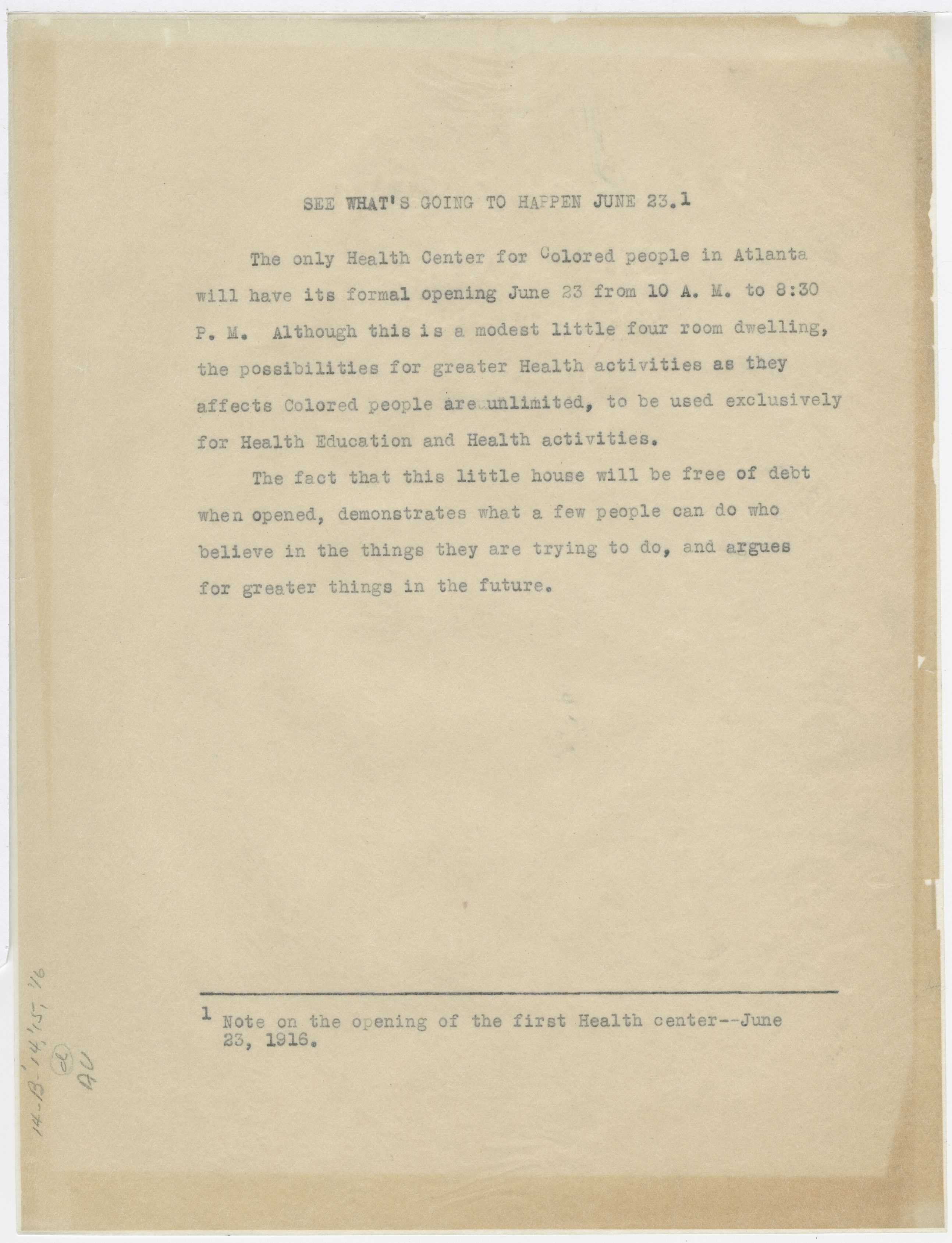 Note on the opening of the first Neighborhood Union health center, June 23, 1916 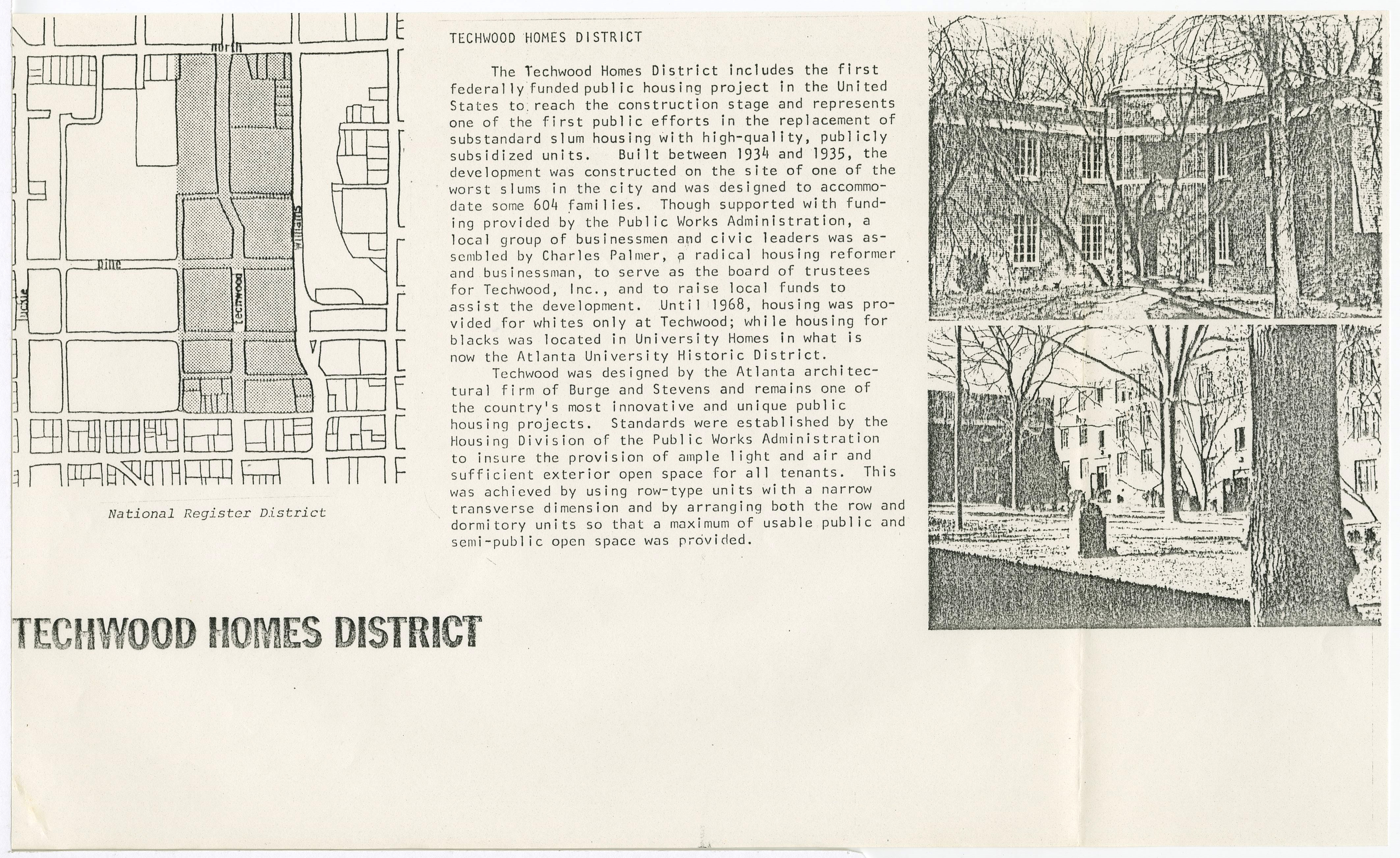 Prior to World War II, Atlanta, similar to other major southern cities, became progressively differentiated along race lines. The Black community of the city became much more geographically segregated from the white community.  “It was a widely held tenet of planning in the 1920s that controlled growth of black neighborhoods was necessary to produce a socially better city.” The development of Atlanta relied on racial zoning, slum-clearance, and public housing programs.

Even with such systematic forms of oppression upheld by the local and federal government, African Americans have continued to develop sustainable neighborhoods. These efforts include University Homes, the first federally subsidized housing project for black residents in the United States. Built between 1935 and 1938, University Homes was located in the former Beaver Slide slums near Atlanta University. It was the African American counterpart to Techwood Homes, the first federal housing project built near what is the present-day campus of the Georgia Institute of Technology. Housing projects like University Homes were built in the 1930s as a way to provide affordable housing to low-income families by erasing slums from the city. These slums were mostly home to African Americans living in Atlanta, impoverished by Jim Crow laws and segregation.

By the 1940s, Atlanta had solidified into a spatially separate city for Black residents. Black leaders saw the neighborhoods and communities in the city as something they could build on, improve, and conserve. “The black community in southern cities in the early 1940s was a product of more than one century of development under the powerful influence of slavery, Reconstruction, Redemption, and the peculiar institution of the New South, Jim Crowism.”